German energy giant Eon has booked a big loss for the first half of the year. Like other utilities, it has been impacted by Berlin's mandated shutdown of nuclear power stations as the country switches to renewables. 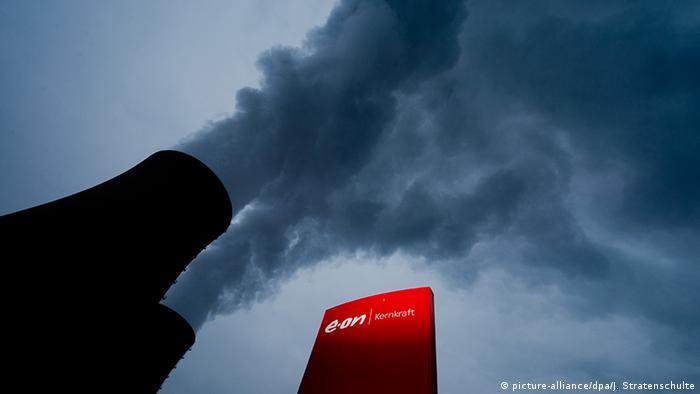 German power provider Eon on Wednesday reported a 3-billion-euro ($3.34-billion) loss over the first half of 2016 as it wrote down the value of conventional power infrastructure.

The company's Uniper subsidiary, bringing together the firm's non-renewable power operations, booked provisions and impairment charges on its power plants and gas storage facilities that proved hard to digest for Eon.

Nevertheless, the utility insisted it was on course to meet its profit targets for the year as a whole.

Uniper is to be spun off in a separate stock market listing in September as part of Eon's current restructuring effort. "Nothing stands in the way now," CEO Johannes Teyssen said in a statement, referring to a strong vote in favor of the move by shareholders at a June meeting.

Like other big power utilities, Eon got into trouble after the German government decided to phase out nuclear power in the country and switch to renewables instead, thus squeezing margins for traditional forms of electricity generation.