German unemployment falls for another month | Business | Economy and finance news from a German perspective | DW | 31.03.2017

German unemployment falls for another month

There's no lack of global and regional uncertainties with a potential to hit Germany's labor market. But the most recent employment figures revealed the country seemed largely unfazed by what was going on around it. 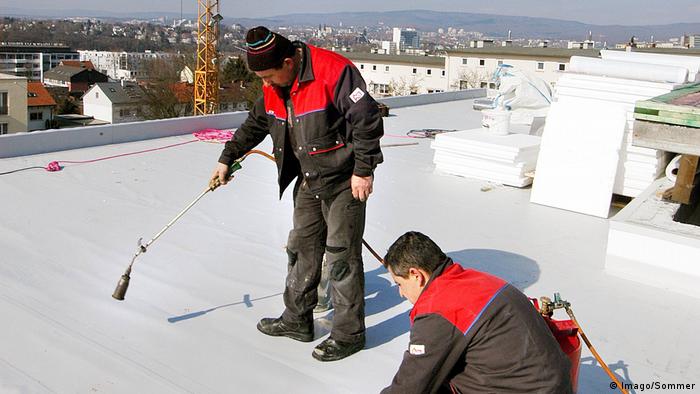 The figure sent the jobless rate down to a historic low of 5.8 percent, marking the lowest level since German unification in 1990.

Year on year, the number of jobless people dropped by 183,000, with the rise in March largely attributable to milder spring weather and the resulting pickup in hiring.

He also pointed out that demand for labor was still very high. He reported that there were 692,000 vacancies known to the BA in March - that's 57,000 more than in the same month a year earlier.

Although executives have been signaling increasing worries about the potential fallout of Brexit and US President Donald Trump's protectionist agenda, it has had no tangible impact on the domestic labor market so far.