German public broadcaster ARD touted its first film on Scientology as a genuine look behind the scenes. But representatives of the organization branded it a media-driven slander campaign. 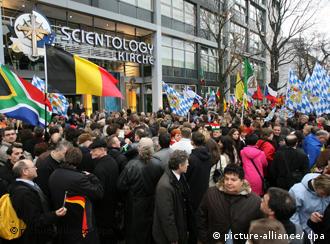 Scientology has no more than 6,000 members in Germany

The first-ever German television drama about Scientology has triggered a renewed public debate over whether politicians should ban the organization. Millions of viewers tuned in to the film "Until Nothing's Left" ("Bis nichts mehr bleibt") on Wednesday night.

According to its makers, the aim of the film was to depict the difficulties facing those who leave Scientology when trying to come to terms with their lives again and the threats they receive from the organization.

"We also had to show how people grow fond of the organization in the first place," screenwriter and director Niki Stein said. "Before you can criticize Scientology, you ought to make clear what exactly people hope to gain by joining." 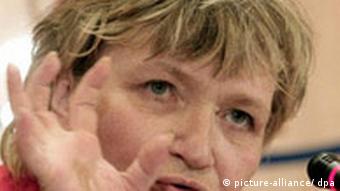 The film is fiction, but according to the makers, was based on hard facts collated from ex-members of Scientology. They reported about their own experiences and focused on the manipulation they'd allegedly endured at the hands of so-called ethics officers in many auditing sessions.

One of, if not the fiercest critic of Scientology in Germany is Ursula Caberta, who's been spearheading a Hamburg campaign to ban the organization.

"What's shown in the film still happens in real life," Caberta said. "People are drawn into the whole thing and turned into mere cogwheels in the system of Scientology in the process."

Scientology itself is not amused about the film at all. The organization criticized what it called "campaign journalism" by public broadcaster ARD. Spokesman Juerg Stettler added that the group had produced their own documentary film to dispel 'misleading' elements of the programme.

Stettler also told Deutsche Welle that Scientology did not intend to initiate any legal action against ARD. But he did make clear that he could not identify with the content of the television drama.

"The main point is that the film was made very one-sidedly," Stettler said. "The makers have never contacted us and verified the information they received only from ex-members and self-proclaimed experts on Scientology." 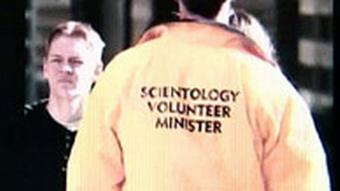 Scientology is always on the lookout for new members

The commissioner for sect-related affairs in the Protestant Church of Berlin/Brandenburg, Thomas Gandow, criticized what he called the frequent belittlement of Scientology in the media and the indecision of politicians to work towards banning the organization in Germany.

He made foreign policy considerations responsible for many lawmakers' reluctance to seriously consider a ban. He said that very few were willing to jeopardize relations with the United States where Scientology is officially recognized and protected as a church.

Back in 1997, German state interior ministers did classify Scientology as a politically extremist organization. It has been closely watched by intelligence services ever since. But at the moment, a majority resolution banning the organization outright in Germany is not in sight.

Reacting to a DW-WORLD.DE report on German film projects about Scientology, the organization's press spokesperson in Berlin said she doesn't like the way Scientology is portrayed. (31.07.2008)