A tornado carved "a path of destruction" through the German town of Roetgen, sweeping away roofs and breaking windows, firefighters said. Another storm is set to hit Germany soon. 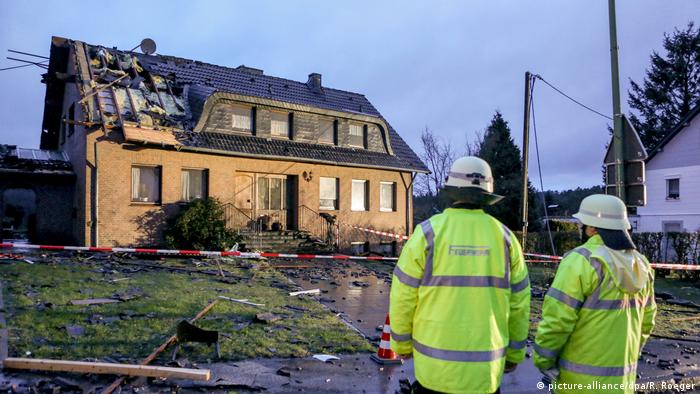 Over 30 homes were damaged and five people injured when a strong wind funnel ripped through the town of Roetgen in western Germany.

"It blew through, short but fierce," the local firefighters' spokesman said on Wednesday.

Eyewitness reports and videos from the scene showed a funnel cloud that German weather experts later confirmed was a tornado. Firefighters said the storm carved "a path of destruction" through the town, according to the public broadcaster WDR. 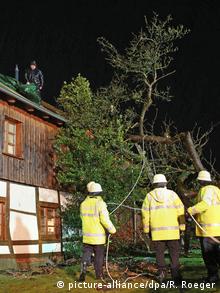 Repairs have already started in Roetgen

The wind blew the top floors from two of the houses in the town of 8,600 people near the Belgian border. Window panes were broken on many buildings and about 10 houses had to be evacuated, said Roetgen Mayor Jorma Klauss.

"But we are calm and collected, there was no panic," Klauss told the DPA news agency.

Several storms have pounded north and northwest Germany since the beginning of the month, including Eberhard and Franz earlier this week. Another storm, Gebhard, is set to hit on Thursday.

Every day, DW's editors send out a selection of the day's hard news and quality feature journalism. Sign up for the newsletter here