Jazz bandleader and saxophonist Max Greger has died in Munich, aged 89. He made more than 150 recordings and performed with stars such as Louis Armstrong, Duke Ellington and Ella Fitzgerald. 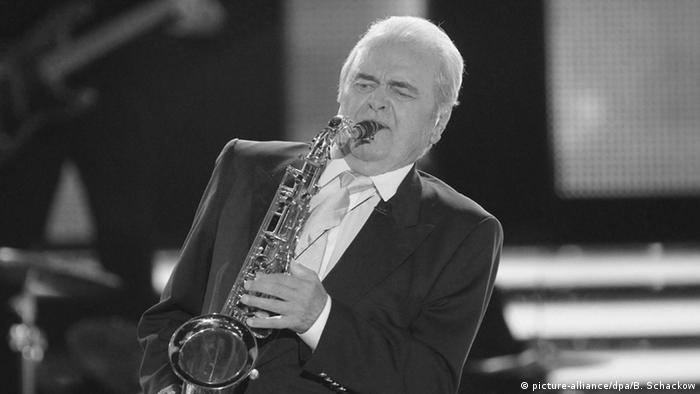 Greger died early on Saturday morning in a hospital in the southern German city of Munich, his wife, Johanna, told the dpa news agency.

He had given his last concert in Munich in mid-July, and had been hospitalized two days afterwards after being diagnosed with cancer, she said, adding that he had had "a wonderful old age."

Greger was born in Munich on April 2, 1926 as the son of a butcher, and learned accordion at an early age, followed by saxophone and piano.

As a saxophonist and bandleader, Greger performed in hundreds of concert halls, made more than 150 recordings and produced some 3,000 pieces.

As well as performing alongside such international jazz stars as Louis Armstrong, Duke Ellington and Ella Fitzgerald, he was invited by Lionel Hampton to join the latter's European tour as the only white player in his big band.

Highlights of Greger's career included taking his band on the first tour for 35 years by a Western group through the Soviet Union in 1959, giving 36 sold-out concerts in what was to be his breakthrough.

He also put together an orchestra for German broadcaster ZDF, playing for many of the big TV shows for 16 years.

He was particularly proud of the theme music he wrote for ZDF's sports program "Aktuelles Sportstudio," calling it his "most famous number," despite its just 23 seconds' duration.

Greger was also known for concerts with the SWR Big Band together with two other greats of the German music scene, Hugo Strasser and Peter Kraus.

James Last, the German-born jazz band leader whose easy-listening orchestrations became worldwide hits, has died. From the mid-60s, Last and his band toured internationally and recorded some 200 LPs. (10.06.2015)