James Last, the German-born jazz band leader whose easy-listening orchestrations became worldwide hits, has died. From the mid-60s, Last and his band toured internationally and recorded some 200 LPs. 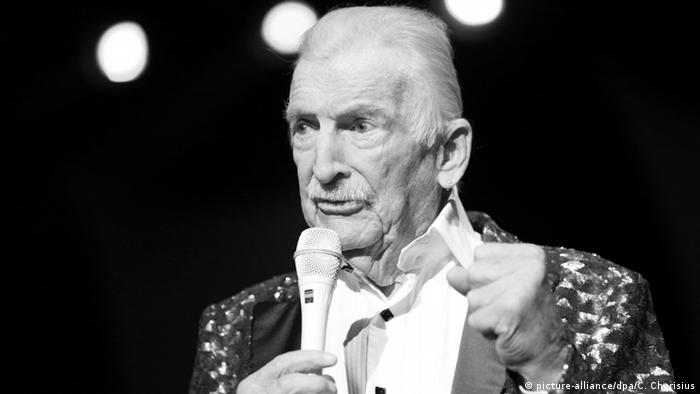 Last, born Hans Last, in Bremen in 1929, began his career at a military musical school during the Second World War, specializing in the bass stringed instrument and piano, which he had begun playing at the age of six.

In 1946, he and his brothers were members of a newly formed dance and entertainment band of Radio Bremen public broadcasting. He switched to public NDR broadcasting in Hamburg in 1956 and began orchestral arrangements.

Amongst others he arranged music for Freddy Quinn, Caterina Valente and Helmut Zacharias.

A recording contract with the Hamburg label Polydor in 1964 led to Last's world career as orchestral leader and music arranger. His first long-play record (LP) had the title "Non Stop Dancing."

As an acoustic trademark, background party sounds such as laughter were blended into his band's recordings.

International tours followed to many destinations, including Canada, the Soviet Union, Britain, Australia, New Zealand, Scandinavia and his home Germany.

His works were played in some 150 countries and he and his orchestra received numerous awards, including one for instrumental interpretation in 1970.

His style, however, remained controversial among trained jazz critics.

One of them, Michael Naura, writing in the daily "Frankfurter Allgemeine Zeitung" in 1996 described Last's works as an acoustic "milk porridge."

Coronavirus digest: Protests in Italy as Europe locks down 29m ago

Germany: The worst waste of taxpayer money in 2020 7h ago