A German who posted a Facebook event calling for an afternoon walk to the US Dagger Complex to "observe NSA spies in action" ended up being spied on himself. The event and the response from authorities has gone viral. 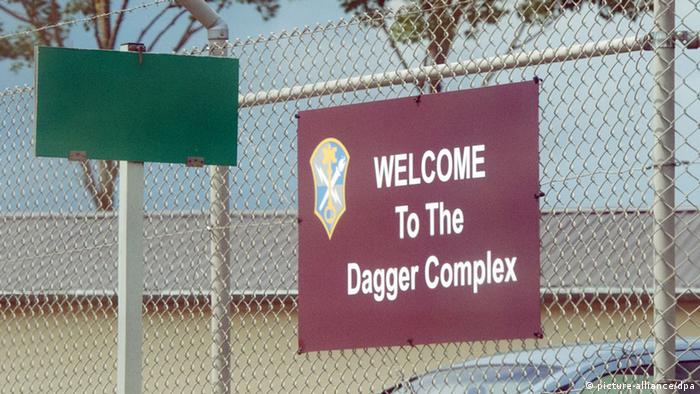 The Dagger Complex in Griesheim, Germany was the site of a protest walk.

On Saturday, July 13, Daniel Bangert planned to lead a group of friends and like-minded privacy activists on a walk through the small town of Griesheim to the nearby military base known as the Dagger Complex. The compound is thought to be a hub for NSA-run data surveillance and Bangert wanted to protest the espionage. In the end Bangert himself became a victim of spying as his facebook event attracted the attention and a surprise visit by security authorities and the German police.

Deutsche Welle found out about the story after the event was over. But here's a review of the developments and German society and the media responded. The story is indicative of the atmosphere here in Germany at the moment, where the topic of digital surveillance has turned into a campaign issue during an otherwise apolitical summer.

[View the story "Snowdon, a walk in the woods and the NSA scandal" on Storify]

In the wake of the NSA surveillance scandal, the German federal government has demanded an overhaul of international privacy protection rules. The current provisions were passed in the pre-Internet era. (16.07.2013)