German Shopping Trend Mixes the Great with the Small | Business| Economy and finance news from a German perspective | DW | 03.02.2003

German Shopping Trend Mixes the Great with the Small

Despite Germany's trailing economy, and an increasing slump in retail sales, one sector of the retail industry is thriving: the small corner shop. German shoppers are setting a new trend - so-called "hybrid" shopping. 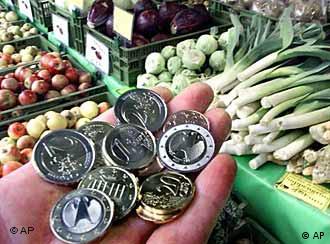 Germans like to shop around - as long as its near, and open late

When it comes to shopping for the daily evening meal, Germans are showing increasingly diverging consumer habits.

With the current economic slump and a steady decline in retail sales, German shopping habits are changing - away from the sole weekly or monthly big shop at the supermarket to a more erratic way of consumption. The Society for Consumer Research (GfK) in Nürnberg has noticed that German consumers no longer solely rely on supermarkets for their sustenance. Instead, increasing amounts of so-called "hybrid shoppers" are combining supermarket visits with trips to smaller food retailers, petrol stations and vendors in railway stations.

"The percentage of hybrid shoppers within the population appears to be getting larger," said Wolfgang Twardawa from the Society of Consumer Research in the German weekly newspaper Die Zeit. 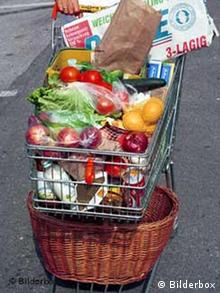 Germans like to shop around - as long as its near, and open late

For market psychologists, the trend of "hybrid shopping" is a new development. This new behavior does not seem to be based purely on the economic situation in Germany, as many smaller outlets, including petrol station kiosks, tend to be more expensive than discount supermarkets like Aldi, Lidl and Penny Markt. So, is it a matter of pure convenience?

The statistics suggest so. After a period where convenience stores have had to cope with a 2.5 percent sales shrinkage and many closed as a result, custom in small stores has increased: Claudia Gaspar, also of the GfK, said "Every fifth German now uses a combination of the stores on offer; local budget stores, small shops and fast food outlets,".

Small family-run stores, known in Germany as "Tante Emma Läden" - Aunt Emma shops, are benefiting greatly from the buying habits of these new "hybrid shoppers". These shoppers, who may pick up a yogurt from the supermarket on their way to work, are the same people who will buy food for the evening from the nearest corner shop or outlet - places that normally stay open a lot longer than regular supermarkets.

Boom time is when supermarkets are closed

"Kiosks and petrol stations are getting the big sales during the classic commuter times, in the early morning and the early evening," said Suzanne Eicholz-Klein from Bonn enterprise consultants BBE.

One success story of the growing boom is that of Um's Eck, a franchise of small stores that was created to fight the squeeze of the bigger chains. Started in the dark days of small business during 1999 in the southern German town of Ochsenhausen, the franchise now boasts 120 branches across the country. "The idea is that the customers come back to the local and personal...and keep coming back," said Um's Eck Sales Chief Gebhard Voltenauer in the report in Die Zeit.

It seems that Germans are not only buying increasing amounts of items on their shopping lists from smaller outlets and petrol stations but are also buying ready-to-eat meals from these stores. Fast food restaurants beware - petroleum company Aral has moved into fourth place in the German take-away league behind such big hitters as McDonalds, Burger King and the German fish outlet Nordsee.

Fuel sales aside, Aral's retail business is now worth around two million euro a year ($2.1 million) with its petrol stations not only being an alternative to the usual fast food outlet but also the first stop in the morning as an alternative to breakfast at home. In the last year, 150 million bread rolls were sold from petrol stations in Germany. Add the business that is attracted by having over two thousand cash machines on forecourts across the country and the fact that some outlets hire videos to go with the chips and Coke, it becomes clearer why a trip to the petrol station is featuring more heavily in consumers' behavior.

In fact, the increasing presence of Aral in the fast food charts is indicative of another trend that's pulling the Germans away from traditional shopping habits. The numbers of people preferring take-away food continues to rise year on year. Estimates suggest that figures for 2002 will show that the amount of money spent on fast food has almost doubled since 1991, taking spending across Germany to 21.5 billion euro. Even with decelerated growth, Germans are still expected to spend 25.6 billion euro on take-away food in 2010.

Small businesses benefit in the face of German slump 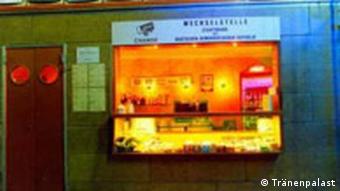 The contradictions are rife. While consumers seem to be ignoring the economic situation in favor of convenience, the booming business of "Tante Emma" stores and fast food outlets are in direct contrast to recent news that recession-hit German consumers have reined in spending. Recent figures show that German retail sales fell by 2.3 percent in 2002 for the first time since 1997, their worst performance since records began two decades ago.

Experts are predicting a gradual improvement in Germany's economic growth. But they're also saying the number of people out of work could reach 4.5 million next year. So what's the prognosis? (28/12/02)

Germany Has the Shopping Blues

Jury Still Out on Christmas Shopping

Bleak economic forecasts for the coming months may or may not have dampened consumer confidence this Christmas.In any case, it boosted sales of items helpful in times of gloom: blankets, thick socks - and lucky charms. (26/12/02)

Germany is to remain under lockdown until at least February 14. Chancellor Angela Merkel and state premiers also agreed to mandate medical masks, rather than simple cotton ones, on public transport and in stores.