A newspaper report claiming that the CDU would give federal secret services extra powers in the next legislative period has triggered fury from libertarians and vehement denials from the Interior Ministry. 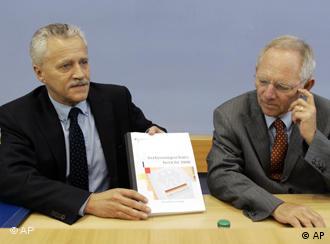 The leaked document proposes extra powers for the secret services

The Sueddeutsche Zeitung newspaper has revealed a leaked Interior Ministry document which appears to suggest an expansion of the German secret service as part of the Christian Democrats' post-election program.

The document, which is dated Sept. 22 and headed "Coalition Paper Preparation", suggests giving the secret services the authority to conduct online computer searches, access to telecommunications data and the legal parameters to wiretap private residences. The paper also proposes making undercover agents who commit crimes "typical of the criminal milieu" immune from prosecution. 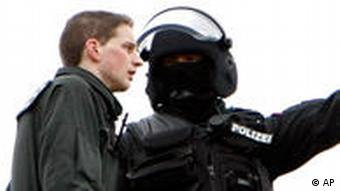 Critics fear a fusion of police and secret services

According to the Sueddeutsche Zeitung, since these measures currently may only be carried out by police officials subject to judicial limitations, a new program authorizing such steps would effectively constitute a fusion of the police and the secret services. It also added that the proposals in the document go far beyond the CDU's election platform.

The Interior Ministry, headed by CDU minister Wolfgang Schaeuble, has vigorously denied the newspaper's claims. A top ministry official, Bruno Kahl, said that the internal paper had not yet reached the "senior level" of the ministry. According to Kahl, the paper was not a coalition negotiation paper as the title indicated, but had been commissioned by division heads as a kind of "wish-list" for the new legislative period.

Interior state secretary August Hanning also commented that it was normal practice for a ministry to list "unfinished projects" at the end of a legislative period and that the fusion of the police and secret service had "never been the ministry's policy". Both Paris and Hanning refused to comment on the details in the document. 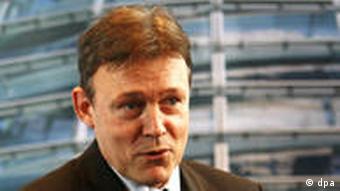 The document has drawn outrage from all other political parties. Deputy chairwoman of the Left party, Halina Wawzyniak, called the proposals "a civil rights horror scenario". "The proposed access to the telecommunications data and the possibility of raiding private computers online are a blatant attack on the democratic foundations of our society," Wawzyniak said.

The German police union GdP also warned against lifting the historically guaranteed separation between the police and the country's secret services. Germany's post-war constitution was designed to prevent the creation of any government agency, which could acquire the power or scope of the infamous Gestapo, the Nazi secret state police.

The German Constitutional Court has said that the government acted unconstitutionally in restricting what witnesses could say to a parliamentary committee investigating the role of the secret services in the Iraq war. (23.07.2009)

International terrorist organization al-Qaida released a video on Friday in which Bekkay Harrach, an Islamist from Bonn, threatens the German electorate ahead of next week's general election. (18.09.2009)