Delegations from Germany and Russia meet in St. Petersburg this week for the traditional gathering of minds from the the political and civil spheres of both nations. However, this year, things are different. 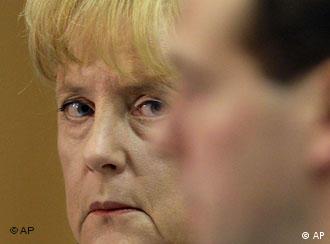 Chancellor Merkel plans only a flying visit to St. Petersburg for talks with President Medvedev

The next round of Russian-German intergovernmental consultations known as the St. Petersburg Dialogue begins on Tuesday, Sept. 30 with Chancellor Angela Merkel and the German delegation traveling to the Russian city to meet with President Dmitry Medvedev and members of his government.

The dialogue, which was first launched six years ago by predecessors Vladimir Putin and Gerhard Schroeder, is an open discussion forum intended to lend new impetus to German-Russian relations in a wide range of sectors, from economics and politics to education and science, cultural relations and religion.

It is supported by political and private-sector foundations and private businesses in Germany and in Russia, as well as the two governments. A cross-section of experts from all fields are represented at the event.

When the two countries met in June of this year to discuss the 2008 Dialogue, President Medvedev was newly installed in the Kremlin and an atmosphere of optimism reigned over the gathering. Medvedev was keen to put Cold War animosity behind Russia and Germany responded by saying that Russia was no longer a threat. The two sides talked of a modernization of the partnership between them. 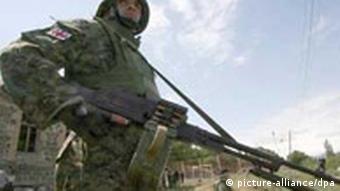 The brief Caucasus war will be the elephant in the room

But now, four months on, everything is different. Moscow's behavior during the Caucasus conflict in South Ossetia and Georgia in August has Russia's neighbors and the West in general concerned. The short war prompted the European Union to put its negotiations with Russia over a new Cooperation and Partnership Agreement on ice. After the warmth in June, relations quickly turned chilly.

As a result, Merkel will be making only a short stay in St. Petersburg. Nevertheless, the Caucasus conflict is likely to dominate the proceedings -- despite not being on the official agenda.

"We can not avoid the topic of the conflict between Georgia and Russia, and we don't want to," said Lothar de Maiziere, chairman of the St. Petersburg Dialogue Forum. "We know from the times of the Cold War that if one is silent, then nothing is discussed, and then things become even more dangerous."

The discussions, according to Dmitrij Suslow from the Council for Foreign and Defense Policy, a Russian think-tank, will in fact concentrate on the topic, especially the relationship between Russia and the EU, specifically Germany. The assigned agenda -- that of partnerships in the time of globalization -- won't come up short, however, he added.

"On the contrary," said Suslow, "recent developments show that both Russia and Europe are interested in a partnership. Russia is interested in dialogue due to the worsened relations with the US. Cooperation with Europe -- and particularly with Germany -- can protect the country against international isolation. The European Union is interested because dialogue under these difficult conditions represents a chance for it to enhance its independent, political power."

Not just for politicians 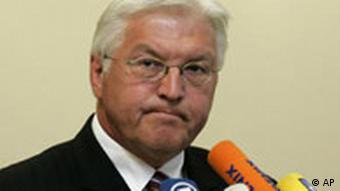 While the United States is now keeping Russia at arms length, the EU -- through the mediation of Germany's Foreign Minister Frank-Walter Steinmeier and French President Nicolas Sarkozy -- has now stepped up as a political player in its own right which can also settle international disputes in difficult times.

In such times, according to Suslow, civilian dialogue is even more necessary given that government contacts can become strained.

"The civilian dialogue -- between entrepreneurs, scientists, journalists, human rights activists -- makes it possible for both sides to come closer together from their different positions, because these difficulties are talked about in detail on several levels," said Suslow. "Without this non-political dialogue Russia cannot be understood in Europe."

The times in which governments decide on foreign policy alone are in the past, according to Alexander Rahr, a member of the German team at the Forum. Experts from the spheres of economics, education and from non-governmental organizations have increasing influence on the policies of their countries, both in the West and in Russia.

"The dialogue must be continued because the implementation of these German-Russian consultations into a larger framework, a school of civilian-social dialogue, can really help other countries with their relations with Russia," Rahr says. "It is important that not only Medvedev and Merkel speak of these problems but also experts from all these sectors and non-governmental organizations."

The EU will resume partnership talks with Russia as early as October if Moscow withdraws its troops from the Georgian mainland completely, French Prime Minister Francois Fillon after meeting with Russia's Vladimir Putin. (21.09.2008)