German Returns Stolen Artifact to Rid Family of Pharaoh′s Curse | News and current affairs from Germany and around the world | DW | 24.08.2007

The Egyptian Embassy in Berlin probably gets a lot of things handed in at reception, like lost passports, etc. It is unlikely, however, that it has ever had an ancient cursed relic pass over its front desk before. 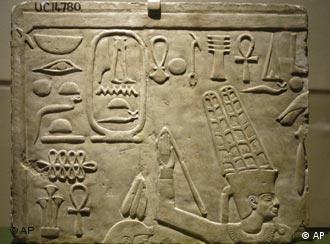 Many people come back from holiday with little souvenirs that they shouldn’t really have. Exotic seashells plucked from the sand of the South China seas, carvings made from the bough of an endangered Amazonian tree and medicines made from rare animal parts may add a slight weight to the conscience in more reflective times but none are likely to cause the ill-advised tourist a life of disease and an agonizing death.

This, however, was the alleged outcome of one man’s visit to Egypt back in 2004.

According to the unnamed German man’s stepson in a note handed in together with a stolen carving to Egypt's embassy in Berlin this week, the unwitting thief returned to Germany from his exotic travels to suffer from unexplained paralysis, nausea, mysterious fevers and ultimately the terminal cancer which claimed his life. 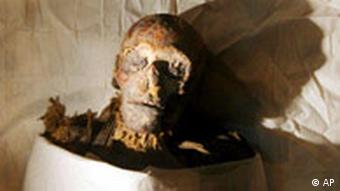 Mummy was most displeased

The stepson, also anonymously, claimed that the artifact, which displayed a hieroglyphic text, was responsible for bringing the "Curse of the Pharaohs" onto his family.

The note with the stolen fragment said that the man felt obliged to return the carving to make amends for his late stepfather's light-fingered-ness and enable his soul to rest in peace, as well as freeing his relatives from potential repercussions.

The Egyptian embassy in Berlin sent the fragment back to Egypt by diplomatic pouch and it has since been handed over to the Supreme Council for Antiquities, where a committee of experts was trying to ascertain its authenticity, the council statement said.

The belief in a curse that strikes down anyone who disturbs the tombs or mummies of ancient Egypt's Pharaohs has been around since the discovery of Tutankhamun's tomb in 1922 and the subsequent death of the excavation's financier Lord Carnarvon.

Germans might have a reputation of being a little grim and glum, but they're not all sourpusses. They can laugh or be laughable at times, and you can chuckle right along. Read up on the farcical side of Germany. (24.08.2007)