German Research Could Benefit From Stem-Cell Breakthrough | Germany| News and in-depth reporting from Berlin and beyond | DW | 22.11.2007

Scientists have said a major breakthrough this week in stem-cell research could have an impact on the ongoing debate over embryonic stem-cell use in Germany, where restrictions are particularly tight. 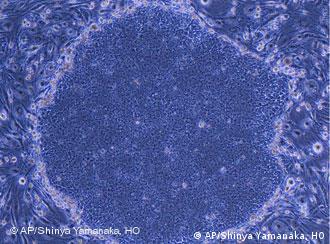 The debate over "pluripotent" stem cells, like this one, took a new turn

Teams of US and Japanese researchers said on Tuesday, Nov. 20, that they had reprogrammed human skin cells to function like embryonic stem cells, a development that some say could alleviate ethical concerns about research in the field.

"The induced cells do all the things embryonic stem cells do," James Thomson, a professor at the University of Wisconsin School of Medicine and Public Health who first isolated stem cells from embryos, told DPA news service. "It's going to completely change the field."

A Japanese team led by Shinya Yamanaka of Kyoto University and the Gladstone Institute of Cardiovascular Disease, and the US team of researchers at the University of Wisconsin-Madison led by Thomson and Junying Yu, separately inserted genes into cells derived from skin to create cells that share features with those from human embryos.

Embryonic stem cells have the ability to develop into any type of cell and are considered to have strong potential in finding cures for diseases. But because they had only been gleaned by destroying human embryos, their use in research has raised ethical concerns. Opponents say it is equivalent to taking a human life. 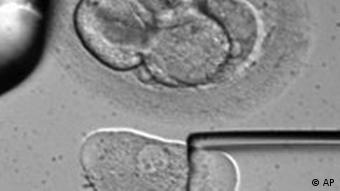 This week's development is likely to affect the medical- and biotech-research landscape in Germany. Currently, the country has one of the most restrictive laws on stem-cell production and research in the world. Scientists are not allowed to use human stem cells that were imported to Germany after Jan. 1, 2002, which forces them to use limited, lower-quality cell lines for their research.

"If you can get stem cells without going to the embryo, then it may be easier to get support and funding for the research," said Andreas Faissner, chair of the department of cell morphology and molecular neurobiology at the Ruhr University in Bochum in western Germany. "The political aspect of research funding is not to be ignored.

"The ethical debate influences funding politics," continued Faissner. "This is true for Germany and the US … and there is certain pressure in the European community. All these aspects of scientific research and the business behind it will be affected by these findings."

The Bochum researcher added that he strongly favors moving the 2002 exclusion deadline set for stem-cell lines to a more recent date.

German scientists aren't allowed to participate in international research projects that use more recent embryos. If they do, they run the risk of being criminally charged at home.

The regulations have effectively kept Germany behind the curve when it comes to stem-cell research. They have also led some of the country's top scientists to move abroad in order to pursue their research in less restrictive environments. 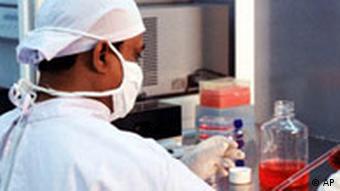 Faissner acknowledged that this week's breakthrough is "quite spectacular," adding that it is "particularly promising when it comes to tissue transplants." Transplanted organ tissue reproduced using embryonic stem cells can be easily rejected, he explained, but the body is unlikely to reject cells made from its own skin.

In addition to transplants, the breakthrough methodology could find a host of other medical applications, including pharmaceutical testing and advances in the fight against degenerative diseases.

As a result, biotech companies that do work on skin cells "may experience a boost," Faissner said.

"It is already possible to use genetic stem cells to generate motor neurons, to see how they develop, and what the differences are to so-called healthy neurons. This [new type of stem cell] would be another way to investigate that disease."

Despite all the positives, scientists are warning that the new development doesn't suddenly make research on embryonic stem cells obsolete.

"This new research is just the beginning -- we hardly understand how these cells work," said James Thomson of the University of Wisconsin at Madison, who led one of the two teams which made the simultaneous discoveries.

"It is not the time to abandon stem-cell research," Thomson said, adding that embryonic stem cells will remain the "gold standard by which other research is measured."

Faissner agreed. "There may be those who argue that the stem-cell debate isn't needed anymore, but I think this is totally wrong," he said. "We need the use of embryonic stem cells to figure out these pathways -- how a cell goes from an undifferentiated one to a hair or skin cell, or whatever -- even if it will not lead to applications in a direct sense."

Moreover, he said, scientists do not yet know if embryonic cells or reprogrammed cells are comparable in every respect.

And because the scientists used retroviruses to introduce the genes into the skin cells that enabled them to turn into stem cells, the resulting cells are susceptible to developing cancerous tumors.

Everyone involved has said the teams' reprogramming techniques will have to be modified to be used safely for treatments.

"One has to keep in mind that these cells are treated with viruses. They have an excess of foreign protein, and they also may mix up the control studies to some extent … it needs to be studied in more detail," Faissner said.

Cardiologists at Düsseldorf University Hospital said they have been the first in the world to use stem cell therapy to save a patient who suffered from a severe heart attack. (18.09.2007)

A group of top German scientists called for lawmakers to relax restrictions on stem-cell research, warning that Germany risks losing its status as a leader in research -- not to mention lucrative contracts. (10.05.2007)

Do you think Germany should allow the use of embryonic stem-cell lines developed after 2002? Please send your name and country with your reply.