Germany's two biggest reinsurers are bracing for tens of millions in payouts following the capsizing of the Costa Concordia cruise ship near Italy's Giglio Island. The full extent of liabilities remains unknown. 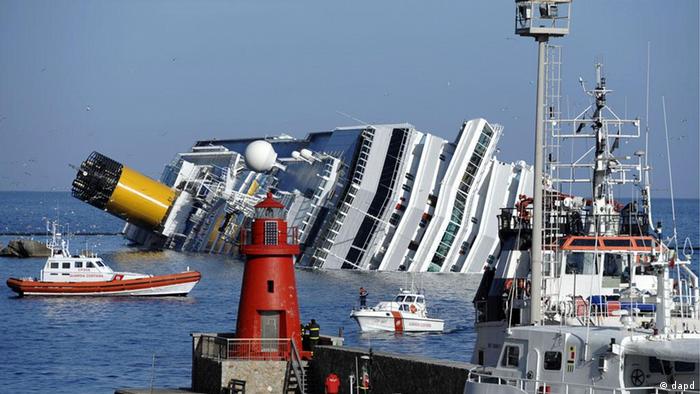 The final cost of the disaster can't yet be gauged

German reinsurer Hannover Re said in a statement it expected the capsized Costa Concordia cruise ship to cost it tens of millions of euros. The company, which is the world's third-largest reinsurer, is bracing itself for losses of some 30 million euros ($38.6 million) from marine hull insurance alone.

Hannover Re said it was impossible for the time being to calculate third-party liability claims, which would also be likely to come into play at a later stage. That sort of insurance would cover damages to passengers and the crew and would also include coverage for environmental pollution caused by an oil spill.

All in the same boat

The disaster's total cost to Hannover Re could hit the mid-double-digit million euro range.

Munich Re, the world's largest reinsurer, declared last week that it stood to incur similar losses in the wake of the ship disaster. 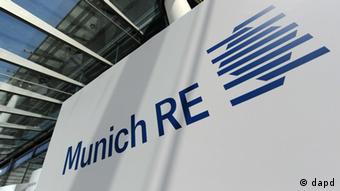 The Costa Concordia, which ran aground off Italy on January 13, was insured for 395 million euros, industry officials told AFP news agency.

At least 28 companies are involved in providing coverage for the cruise ship, whose sinking is likely to become the most costly maritime insurance case ever.

Reinsurers offer backup to companies writing primary insurance policies. They help to spread risks so that large losses from disasters can be handled at all.

Insurance experts reckon that the overall damage of the Costa Concordia wreck will exceed half a billion euros. The ship was built in 2006 at a cost of 450 million euros.

On Monday, divers resumed their search for bodies on the stricken vessel and found two more. So far, 15 people are known to have died, and some 20 people are still unaccounted for.

A toxicology report has meanwhile shown that the Costa Concordia's captain, Francesco Schettino, was not under the influence of drugs when the liner hit a rock that tore a hole into the hull and caused it to capsize.

Experts would like to see the heavily-damaged Italian cruise liner Costa Concordia refloated. They say it would be the most cost effective solution, but also the most complicated. (20.01.2012)

Costa Concordia: Who's to blame?