Operators of Germany's public transport services have reported a record number of passengers for 2011. Spiraling petrol prices were behind the increase, with more drivers prompted to leave their cars at home. 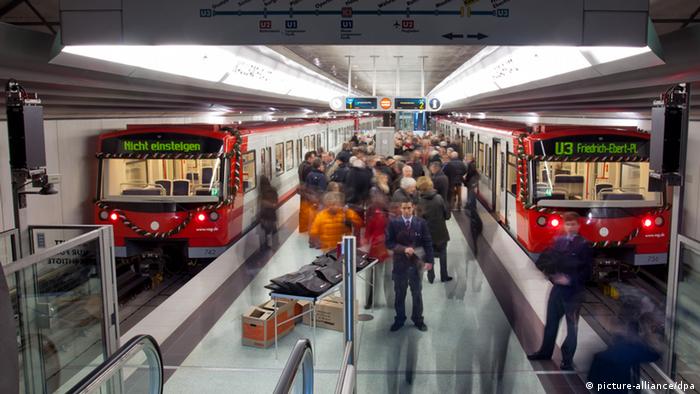 More passengers than ever used Germany's public road and rail services in 2011, the National Statistics Office (Destatis) reported on Tuesday.

The office put the number of bus and train travelers last year at 10.9 billion people, a 0.5-percent increase year-on-year. Statistically, Germans made an average of 134 public transport rides.

By contrast, long-distance services experienced a 0.5-percent drop in passenger numbers last year. The overall number of passengers there amounted to 128 million people.

The statistical data were based on a nationwide survey of the country's 920 biggest rail and bus operators, which have at least 250,000 passengers annually.