In Germany's first piracy trial in four centuries, prosecutors have demanded long jail terms for 10 Somalis. The men are alleged to have hijacked a German-flagged ship off the Horn of Africa. 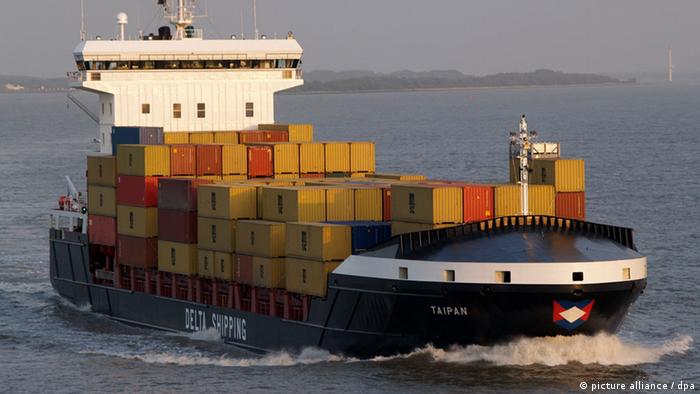 The group was arrested by the Dutch navy about three and a half hours after they allegedly took over the German container ship Taipan.

The incident took place some 950 kilometers (590 miles) off the Somali coast in April 2010 and the trial, in Hamburg, has been underway since November of that year.

"The public prosecutor's office called for sentences of four to 12 years," court spokesman Conrad Müller-Horn said on Thursday. Members of the crew survived by hiding in a panic room before the Dutch forces arrived.

The trial has been surrounded by complications, with confusion over the Somalis' full names and exact ages. They are estimated to be between 19 and 50.

Successful pirate attacks on commercial vessels sailing off the Horn of Africa have fallen off after a sudden rise at the start of the last decade.

According to recent figures from the European Union Naval Force Somalia, Operation Atalanta, there were 28 attacks in the first half of 2011, but only three in the second half and five since January.