They're said to have rung in German-language pop of the 21st century. Youthful fans and newspaper critics alike love them. With four albums under their belt, each concert is a surprise. 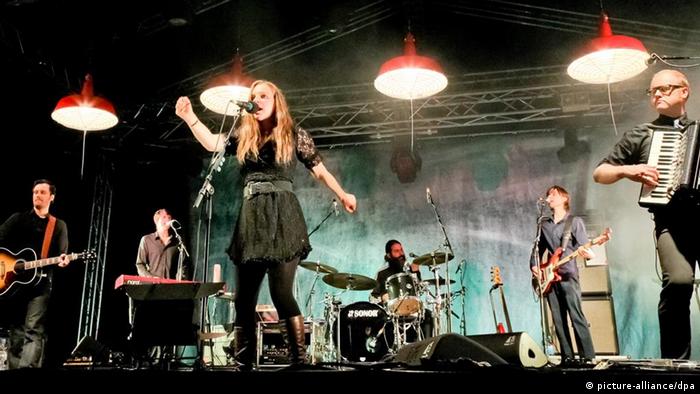 Wir Sind Helden (whose name translates to "We're Heroes") has a loyal following, with fans knowing every word of their lyrics by heart. You can hear that in this edition of "German Pop," which contains excerpts from a 2011 concert recorded by DW at Cologne's outdoor Tanzbrunnen stage.

During that performance, there was also a slew of surprises - like when the musicians started off with accordion, banjo and percussion rather than the traditional guitars, bass and drums.

But then again, the band is famous for its surprises, such as their social criticism matched to a post-New Wave sound, spiced up with keyboards, on the song "Ist das so?" - "Is that the way it is?" - from the band's early days. 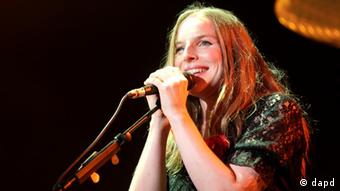 The band members met one day during a pop music course at Hamburg's University of Music and Theater, founding Wir sind Helden in 2000. Their first single "Guten Tag (Ich will mein Leben zurück)" - "Hello - I Want My Life Back" was released without a record company in 2002, back in the pre-YouTube era. Their first album - "Die Reklamation" - "The Complaint" - sold several hundred thousand copies. And then came a whole slew of copycats: Silbermond, Juli, Klee - all bands with female lead singers, all having discovered it's cool to sing in German and all successful at it.

The members have remained the same since the band's founding - singer and guitarist Judith Holofernes, guitarist Mark Tavassol, Jean-Michel Tourette on keyboards, and drummer Pola Roy. For their last tour, the Berlin-based group got two more people on board - Jörg Holdinghausen on bass and Ruben Scheffler on keyboards. With six people, the band was able to magnificently deliver in concert the musical diversity so manifest on their last album "Bring mich nach Hause" - "Take me home." 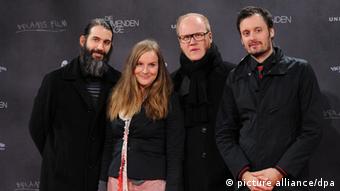 Thematically speaking, the album is a far cry from the upbeat critique of consumerism that marked the band's early days. The group treated themselves to a three-year-break before this last CD was released - three years during which two children were born and the content of their songs changed. Along with pensive tones, at times filled with longing, there are songs that deal with death.

But the mood at the Cologne concert was far from melancholy - with the crowd crooning along with Wir sind Helden, enjoying the band's music and their charisma on stage.

Listen to excerpts from the concert in the podcast below.