In the fall-out of Nokia's decision to move production from Germany to Romania, German politicians are trading in their cell phones for other brands. Trade unions, however, are calling for stronger sanctions. 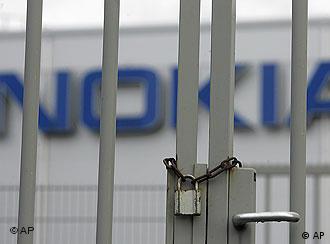 German Agriculture Minister Horst Seehofer told reporters in Berlin on Friday, Jan. 18, that he was changing to another brand of cell phone "because I don't like the way they are doing this."

"Out of solidarity for the employees, you have to this kind of symbolic step," he added.

Social Democratic parliamentary leader, Peter Struck, told the mass-market Bild newspaper he would also give up his Nokia phone.

It is unclear what brand of cell phone the two politicians would purchase as Nokia was the last major manufacturer to produce the devices in Germany. 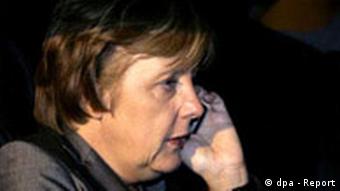 Whatever brand of phone Chancellor Merkel has, she will continue using a spokesman said

German Economics Minister Michael Glos criticized Nokia for not making any attempts to reduce expenses in order to maintain its production in Germany and said the decision would leave a smear on the Finnish company's reputation.

"When a very large and globally recognized company, which lives from its brand and image, makes this kind of decision, it would be well advised to look at the consequences," he told reporters.

The plant at Bochum in western Germany employs 2,300 people. Most of the manufacturing operation is to move to low-pay Jucu, Romania. The daily Rheinische Post reported that the production line there had already made a test run.

Too easy to leave Germany 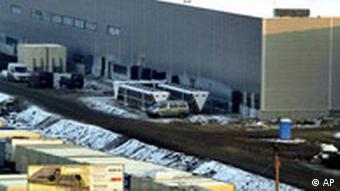 The new Nokia factory is located in a Romanian industrial park

The head of the IG Metall trade union, Berthold Huber, on Friday said steps needed to be taken to keep companies from abandoning Germany.

"In Germany it is much too easy for companies to close factories and leave people unemployed," he said. "These companies do enormous damage to society, and they need to be held responsible for it."

The DGB confederation of German trade unions called on Thursday for a Nokia boycott in response to the Bochum plant's planned closure.

"Boycott Nokia" was the title of a statement sent from a DGB branch in the German state of Rhineland-Palatinate.

"Those who buy a mobile telephone today should consider the catastrophic consequences of Nokia's behavior for thousands of workers," Dietmar Muscheid, president of the regional chapter, added in the statement. 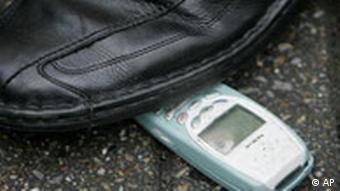 Nokia said the decision to stop production in Bochum is final

In response to the campaign, a Nokia spokeswoman told the AFP news agency: "It is hard to estimate the impact and I do not wish to speculate, but we hope that people will understand our reasons."

Nokia, the world's largest cell phone maker, produces four out of every 10 mobile phones sold worldwide. The factory-gate price of a no-frills phone has fallen to less than 10 euros ($14), industry observers said this week in Hamburg.

Economics Ministry Deputy Minister Hartmut Schauerte said earlier he had arranged a meeting "soon" in Berlin with Nokia senior management to discuss the closure, announced in Helsinki on Tuesday.

The head of the Bochum plant's works council, Gisela, Achenbach, said on Friday that she wanted to discuss ways to maintain production in Germany.

"We would like to speak with Nokia, but about social welfare plans but rather about continuing production," she said.

A Nokia spokesman said Thursday that the company would not enter into discussions with German authorities about keeping the Bochum plant in operation. The company has been accused of ingratitude, because it accepted 88 million euros ($129.4 million) in state subsidies in the past.

Nokia's stock was up in midday trading in Frankfurt on Friday.

After the world's largest cell phone producer announced it would close the doors on its plant in Bochum, German politicians say they will investigate whether Nokia took unfair advantage of state and EU subsidies. (16.01.2008)

The net salaries of German workers last year plummeted to their lowest level in two decades due to hefty social contributions and inflation, according to a newspaper report. (24.09.2007)

Would a company moving a factory be enough for you to switch cell phones? Send us your comments and please include your full name and country in your reply.