German politicians have expressed diverging views about moves to ban a screening of "Innocence of Muslims" by a right-wing extremist group in Berlin. The controversial film has been at the center of protests worldwide. 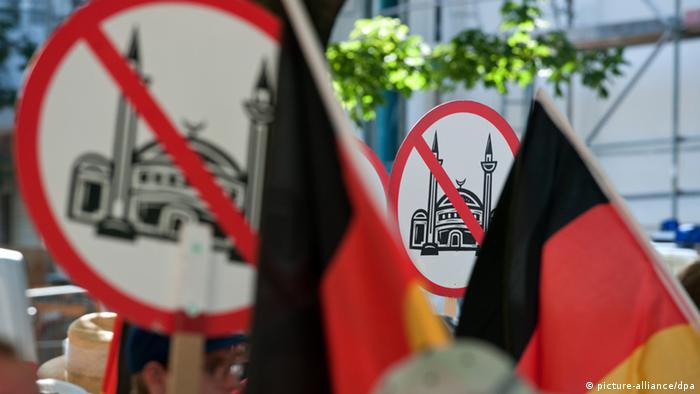 German politicians barraged the media on Monday morning with opposing opinions on how to deal with the planned screening of the anti-Islamic film in Berlin. The right-wing extremist group Pro Deutschland announced recently that it wants to show the film in a public venue.

"Innocence of Muslims," made in the United States, depicts the Prophet Muhammad as a womanizer and child abuser and has led to protests around the world that have left several dead in related violence.

Germany should ban the screening, according to Christian Democrat Wolfgang Bosbach. The internal affairs expert was speaking to the German radio broadcaster Bayerischer Rundfunk on Monday morning.

To ban or not to ban?

"We're not dealing with a legal loophole here because even freedom of expression and artistic freedom have a limit," Bosbach said.

He added that the group wants to show the film in order to cause unrest so that "they can say, 'Look, that's how the Muslims really are. They're all violent.'"

In an interview with DW on Sunday, Pro Deutschland deputy chairman Alfred Dagenbach backed down a little. He said the party hadn't made the final decision yet whether it was really going to show the film. Dagenbach said "that one shouldn't now jump on the bandwagon, partly because I think the video is so primitive that it's comparable to depictions of Christianity that we see coming out of the Arab world."

Politicians from the country's Social Democratic and Green parties agree that the film is "tasteless," but do not want the government to ban the screening.

Instead, German citizens need to stand up against anti-Islamic provocateurs, said Justice Minister Sabine Leutheusser-Schnarrenberger, of the liberal FDP.

"Those who disparage the beliefs of others in this way are using freedom of expression explicitlty to provoke," Leutheusser-Schnarrenberger told Passauer Neuen Presse on Monday.