One of Germany's most outspoken environmental politicians has died at the age of 66. Hermann Scheer, a Social Democratic member of the German parliament, won the alternative Nobel prize for his work on renewable energy. 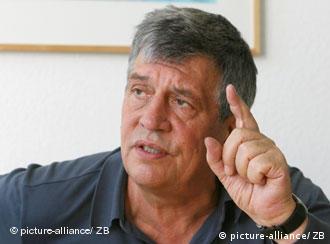 A leading environmental supporter in Germany's political arena, Hermann Scheer, died on Thursday evening at the age of 66. Scheer's party, the Social Democrats, announced his death early on Friday, without giving any details.

Scheer was known internationally for his pro-environmental politics. He was a supporter of renewable energy and wrote many books and articles outlying his ideas. Two in particular, "A Solar Manifesto" and "Solar Economy," are considered leading publications on renewable energy.

Supporting renewable energy earned Scheer many international awards over the years, including the alternative Nobel prize, the Right Livelihood Award, in 1999.

On the forefront of European renewables 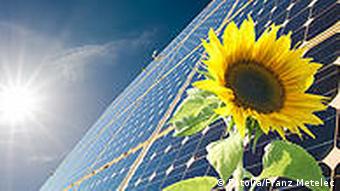 Solar energy was a particular favorite of Scheer's

Politically, Scheer was a member of the center-left leaning Social Democrats. He joined the party in 1965 and was first elected to the German parliament in 1980.

Scheer was also a driving force behind the creation of the International Renewable Energy Agency (IRENA), an intergovernmental organization for promoting the adoption of renewable energy worldwide.

Domestically, Scheer was a chief architect of the German National Renewable Energy Act, perhaps one of the most far-reaching pieces of legislation passed by the then red-green coalition of Chancellor Gerhard Schroeder.

Through a system of feed in tariffs, the bill has managed to lift German renewable energy production from around 6.4 percent of electricity generation to over 16.3 percent in less than a decade.

"He was one of the first who understood the potential of renewable energies and developed practical and political strategies for their implementation," said Stefan Gsaenger, secretary general of the World Wind Energy Association.

"The great success of renewables around the world would have been impossible without him."

What role does the media play in curbing climate change? That's the question a diverse group of participants will grapple with at Deutsche Welle's annual Global Media Forum in Bonn which opens on June 21. (21.06.2010)

Built on sand: Masdar City to become eco-city of the future