Germany authorities are contemplating the return of nuclear fuel kept in 152 containers to the United States. A storage permit at the former Jülich research reactor facility in western Germany is nearing expiry. 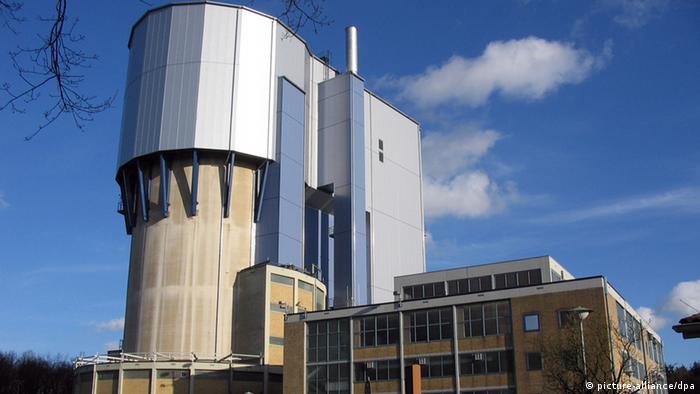 The German DPA news agency said on Tuesday that Chancellor Angela Merkel's government was considering the "likely option" of sending leftover nuclear fuel back to the US. It would go specifically to the Savannah River reprocessing site in South Carolina.

In the wake of Japan's Fukushima nuclear disaster in 2011, Germany reaffirmed its plan to phase out German nuclear power generation by 2022 and switch to renewable methods such as solar and wind power generation.

Last week, the atomic supervisory agency of Germany's regional state of North Rhine-Westphalia (NRW) ordered the removal of the fuel - 288,161 tennis-ball-sized units - from interim storage at Jülich by September under a safety concept to be submitted by the center.

Industry opted for other designs

The small but controversial "pebble" reactor, located between Aachen and Cologne, operated from 1967 until it was deactivated in 1988 - in a period when industry decided in favor of other nuclear plant designs.

In April, the German news magazine Spiegel reported that the dismantling of the Jülich "pebble" reactor was difficult because it was contaminated with cesium and strontium, making it one of the highest ever contaminated reactors.

Last week, the management at the Julich center, which has diversified into many other research fields, said in a research center statement that it had been unable so far to satisfy the Federal Office for Radiation Protection (BfS) that the fuel container store could withstand a "conceivable extreme earthquake" with a return period of 100,000 years. Consultants had been called in.

Approval for the current on-site storage expires on July 31.

DPA said Germany's federal research ministry was instrumental in the April signing of a statement-of-intent with the US Department of Energy for the fuel's return to the US.

The Department of Energy told DPA that the US was not obligated to take back the Jülich fuel but could do so to prevent the proliferation of nuclear-capable material.

On Tuesday, the spokeswoman of nuclear issues among opposition Greens in the German Bundestag parliament, Sylvia Kotting-Uhl, accused the federal research ministry of practicising systematic secrecy on the issue.

Greenpeace nuclear expert Heinz Smital said shipping the fuel would be too risky and would undermine a cross-party consensus turned into law in January that Germany must find its own geologically suitable disposal site rather than using one abroad.

The order to vacate the interim storage site [at Jülich] was an unlawful attempt by Germany to "discard its responsibility," Smital said.

DPA quoted Tom Clements of the Organization Savannah River Site Watch as saying that it did not want foreign atomic waste in South Carolina. The "correct way for Germany" was to use its law to find its own local means of disposal, he said.