German minister resigns over Afghanistan airstrike | Germany | News and in-depth reporting from Berlin and beyond | DW | 27.11.2009

Germany's former defense minister Franz Josef Jung has stepped down from his cabinet position over an alleged cover-up regarding civilian deaths during a NATO airstrike in Afghanistan in September. 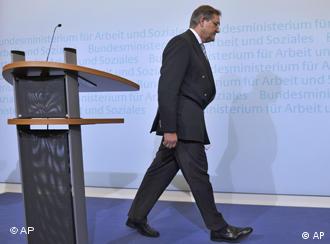 Many argued that Jung was no longer tenable as a minister

Announcing his resignation to reporters in Berlin on Friday, Jung said he would take responsibility for any policy mistakes.

"I told Chancellor Merkel this morning that I am vacating my position as labor minister," Jung said. "I hereby assumed political responsibility for the internal communication policy of the defense ministry," he said.

Jung said he still believed he had acted in good faith in the airstrike aftermath.

"I have correctly informed the public as well as the parliament about what I knew," he said 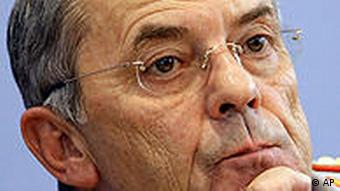 On Thursday, two senior defense ministry officials, military Chief of Staff General Wolfgang Schneiderhan and Deputy Defense Minister Peter Wichert, pre-empted Jung by resigning. Those resignations followed a report by Germany’s Bild newspaper that said aerial videos and a secret military report clearly indicated civilians had been killed in the airstrike, even though the then-defense minister was denying it.

In parliament on Thursday, Jung admitted that the report did point to civilian deaths but said he had had no "concrete knowledge" of its contents.

On September 4, the German colonel in charge of German troops at Kunduz, Georg Klein, called in a US fighter plane to strike two fuel tanker trucks said to have been stuck in a river bed after being hijacked by suspected Taliban militants a short distance from the German base.

A confidential NATO report said the ensuing fireball caused up to 142 deaths, which would make it the highest death toll related to German forces since World War II. Local Afghan government sources said between 30 and 40 civilians died alongside 69 Taliban fighters in the airstrike.

Germany’s new Defense Minister Karl-Theodore zu Guttenberg said he had been unaware of the report until Wednesday. Next week, the Bundestag parliament is expected to vote on a new mandate for Afghanistan which could allow up to 4,500 troops. Germany has NATO's third-largest contingent in Afghanistan after the United States and Britain.

The airstrike took place just weeks before Germany’s federal election. After her election victory, Chancellor Angela Merkel switched her Christian Democrat ally from defense to labor amid mounting voter disquiet over the role of Germany’s 4,250 NATO troops in northern Afghanistan.

Opinion surveys show that a majority of Germans have become critical of Berlin's involvement amid surges of insurgency, especially since a date for a complete withdrawal remains elusive. In Germany opposition to military conflict still runs deep, more than 60 years after the Nazi defeat.

Next Tuesday, US President Barack Obama, whose administration has been re-examining the international troop presence in Afghanistan, is expected to announce the deployment of thousands of additional US troops. 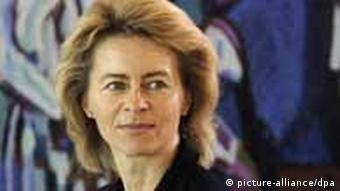 Von der Leyen, who is a member of Merkel's conservative Christian Democratic Union, is a popular politician and mother of seven who previously introduced generous state child-benefit payments.

Controversial airstrike in Afghanistan: a chronology

Heads have begun to roll in Germany over a controversial NATO airstrike in Afghanistan that may have killed up to 145 people, including Afghan civilians. DW-WORLD takes a look at the chronology of events. (27.11.2009)

The head of Germany's armed forces has tendered his resignation. The move comes after media reported that the government may have withheld information about a deadly attack that killed numerous civilians in Afghanistan. (26.11.2009)