German Lutherans in northern Schleswig will decide on July 12 whether to elect an openly gay bishop. Conservatives have opposed Horst Gorski's candidacy, saying it would lead to divisions within the church. 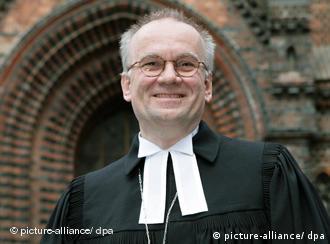 When Horst Gorski, 51, first took up his archdeacon post in the northern city of Hamburg, some members of the congregation had misgivings about this homosexuality. But within a few years it was no longer an issue, Gorski said.

Gorski believes the same will be the case if he is elected the next bishop of Schleswig, a mostly rural region in Germany's north. Gorski is running against local cleric Gerhard Ulrich in an election on July 12. Both are vying to replace Bishop Hans Christian Knuth, who retires in September.

Credibility a worry for some 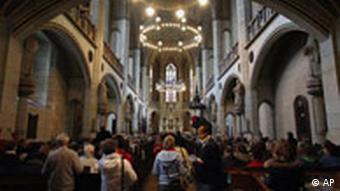 Some say they worry about divisions

Launching his candidacy at St. Nicholas' Church in Kiel this week, Gorski spoke about religious values. Gorski said his most important job is to find a language that connects with people.

He did not mention his sexual preference. Gorski, founder of an organization for gay and lesbian clergy, has said he does not believe sexual orientation should be an issue.

But others disagree. Retired Lutheran pastor Dieter Mueller said that electing a gay bishop could destroy the church's credibility in the Christian world.

The Lutheran Church, one of several branches of Protestantism, was founded by Martin Luther in the 16th century. The church has around 25.4 million members in Germany. Schleswig is part of an independent regional church, the North of the Elbe Evangelical Lutheran Church. 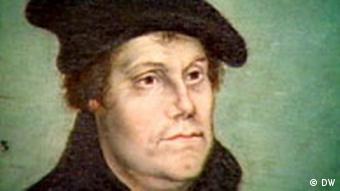 What would Martin Luther do?

Friedemann Green, vice president of the synod which will choose the new bishop, said both candidates were eminently qualified for the job.

"It is regrettable that some people find homosexuality an obstacle," he told the Hamburger Abendblatt newspaper.

Green was supported by Norbert Radzanowski, spokesman for the North Elbe synod, which sanctioned the ordination of homosexual pastors in the mid-1990s.

"The same criteria apply without reservation to the post of bishop," he said.

No agreement on gays 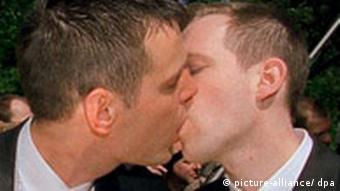 A non-issue for Lutherans?

In 2007, the Evangelical Lutheran Church in America said it would consider gay candidates for ordination who are in committed same-sex relationships.

The issue has also divided the Worldwide Anglican Communion, which numbers 73 million members, particularly after the US Episcopal Church confirmed an openly gay bishop five years ago.

Maria Jepsen, who was elected the world's first female Lutheran bishop in 1992, said she did not believe relations with other churches would suffer if a gay bishop were elected.

"There are differences with the Catholic Church," she said. "But these are basic issues related to functions and do not have anything to do with sexual orientation."

Megan Rohrer, 41, has become the first openly transgender bishop with the pronouns "they/he" at the Evangelical Lutheran Church of America.

Well over 100 Catholic priests in Germany have offered blessings to same sex couples this week. It's a sensation, and a natural decision for many, though it goes against the Vatican and the German Church's rules.