German Lawyer Fights for UFO Abductees | News and current affairs from Germany and around the world | DW | 06.10.2006

Ever been abducted by aliens? Feel the government let you down? Call Jens Lorek. The Dresden-based lawyer announced Thursday that he's in the compensation business, fighting for the victims of little green men. 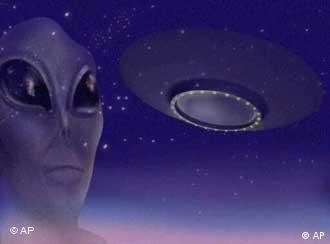 The German government has been accused of many things but not taking care of those citizens who have been abducted by aliens could be the strangest.

Help is at hand for anyone who feels they have been let down by Chancellor Angela Merkel's coalition in the form of entrepreneurial lawyer Jens Lorek who has seized upon this apparent niche in the compensation market. Lorek has made it known that he is the man to pursue your claim if you feel that the state isn't taking care of you post-abduction.

Abductees could get cash, therapy or drugs 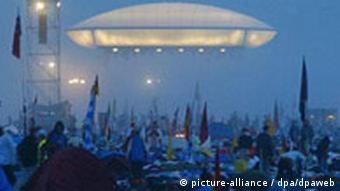 "Take me...I could do with the money"

"There's quite obviously demand for legal advice here," Lorek said Thursday. "The trouble is, people are afraid of making fools of themselves in court."

Citing statistics that state that scores of alien assaults are reported in Germany every year, Lorek said that abductees could stand to win major remuneration or other benefits from the German government. "These people could appeal for therapies or cures," he said.

Lorek had yet to win any abduction claims at the time of publication.

It could be a university prank or a case for Mulder and Scully: Students from the University of Kiel have claimed in their own X-file that the German city of Bielefeld doesn't actually exist. (18.11.2004)

Pie in the Sky

Reports of UFO sightings are expected to rise over the next few weeks as the planet Venus passes close to the Earth. Does anyone still believe in them? (29.03.2002)

Germany is certainly facing serious problems, but it's also important not to forget to laugh once in a while. Read up on a selection on recent articles about funny events in Germany. (26.04.2006)