German labor costs rise more slowly than in the rest of the EU | Business| Economy and finance news from a German perspective | DW | 24.04.2012

In the past decade, German workers have seen their wages increase much more slowly than their counterparts in the rest of the 27-nation EU, the German statistical office has said. 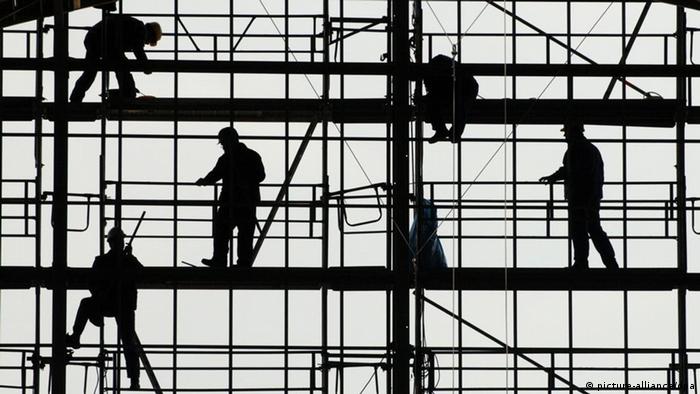 The costs of an hour of work in Germany rose by 19.4 percent on average between 2001 and 2011, the German statistical office - Destatis - said Monday, marking the slowest pace of pay increases in the whole European Union.

According to the statistical data, labor costs, for example, in France grew twice as fast over that period, increasing by 39.2 percent - well above the EU average of 36.1 percent.

However, with Germans earning 30.1 euros ($39.6) per hour in 2011, they were still making more than most of their EU counterparts, who on average received hourly wages of 22.8 euros, Destatis added.

Labor costs were the lowest in Bulgaria, where employers paid just 3.5 euros for an hour of work, followed by Romania at 4.5 euros.

In terms of non-wage labor costs - what employers have to contribute to workers' social insurance premiums - Germany "surprisingly" came in 16th place, Destatis found, ranking in the "mid-field" of all EU member states.

From a theoretical wage of 100 euros, 28 euros were non-wage labor costs in Germany, while that figure was 52 euros in Sweden and 50 euros in France - the two countries reporting the highest such costs.

Even in debt-laden Spain (37 euros) and Greece (29 euros), non-wage labor costs were higher than in Germany.