The number of jobless people in Germany has gone down in the past weeks, but not to the extent expected by labor market pundits. Eurozone unemployment figures, meanwhile, logged a minor drop to 12 percent. 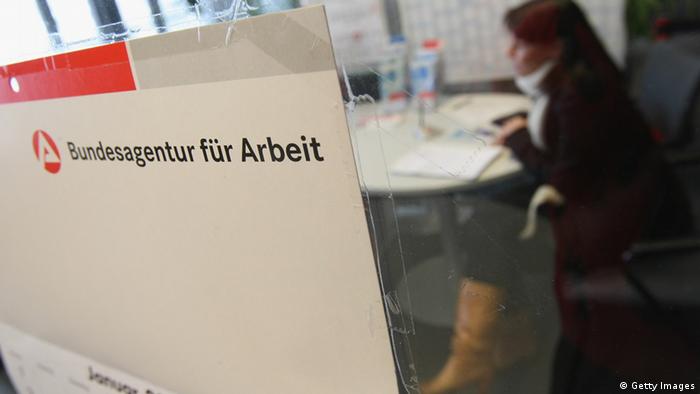 Driven by an economic upswing in the fall, Germany recorded fewer unemployed people in September as compared to a month earlier, the Nuremberg-based Federal Employment Agency (BA) reported Tuesday.

It said 2.849 million jobless people were registered nationwide last month, marking a month-on-month drop of 97,000 people. In a year-on-year comparison, though, 61,000 more people were out of work.

The employment agency put the jobless rate at 6.6 percent for September, a 0.2-percent dip from August.

"All in all, the German labor market is in good shape," BA executive member Heinrich Alt said in a statement. But he warned that unresolved structural problems were beginning to give experts a headache.

A look at seasonally adjusted figures provided a telling picture, with unemployment registering a rise in September as a considerable number of people suffered from the scaling back of job creation schemes.

There were 25,000 more people without a job in adjusted terms, while experts had penciled in a drop of around 5,000. No significant improvements were expected for the rest of the year, with predicted meager growth unlikely to impact the labor market in a decisive way.

Unemployment in the wider 17-member eurozone was reported flat in August after easing slightly in July for the first time in two years, the EU's statistics office, Eurostat, announced Tuesday.

The jobless rate in the nations using the euro was put at 12 percent. In absolute terms, the overall number of people out of work in the euro area edged marginally lower to 19.178 million from 19.183 million in July.

Spain and Greece remained the two nations with the highest unemployment rate of over 25 percent, while Austria once again logged the lowest rate in the bloc - at just 4.9 percent.