After a lot of controversy, the Hessian Culture Prize 2009 has been presented. One of the winners, Navid Kermani, received an official apology for being temporarily denied the award. 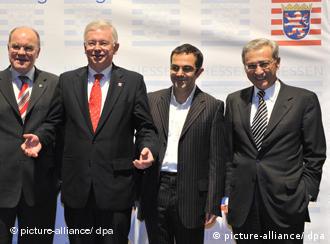 Hesse's premier Roland Koch presented the Hessian Culture Prize (Hessischer Kulturpreis) in the city of Wiesbaden on Thursday evening. Winners of the award, which is endowed with 45,000 euros ($67,000) are Catholic Cardinal and Bishop of Mainz Karl Lehmann, Church President of the Hesse-Nassau Evangelical Church Peter Steinacker, Vice-President of the Central Council of Jews in Germany Salomon Korn, as well as the German-Iranian writer and Islamic scholar Navid Kermani.

Kermani had been chosen as one of the winners earlier this year, but then temporarily dropped from the list in May after Cardinal Karl Lehmann and Peter Steinacker objected to sharing the prize with him. They accused Kermani, a Cologne-based writer who was born in Iran, of attacking the cross as a central Christian symbol. 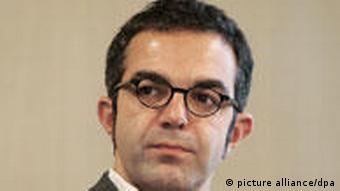 Kermani was accused of offending Christians

At the award ceremony, Roland Koch admitted that communication with Kermani had not been successful, which only made the conflict more complicated and emotional. He personally apologized to Kermani for the situation.

Koch also said that this controversy has exposed the pitfalls of interreligious dialogue, but “it has also shown how you can solve these problems.”

In March, Kermani had written an article for Swiss newspaper Neue Zuercher Zeitung about a trip to Rome, where he went to see a 17th century painting by Guido Reni depicting the crucifixion of Jesus Christ. Kermani's piece begins as an analysis of the painting, leading to a philosophical discussion of the crucifix as a religious symbol.

"I'd express my personal rejection of the theology of the cross frankly with 'blasphemy and idolatry,'" he wrote. "Not that I respect people who pray before the cross any less than other people at prayer. This isn't an accusation. It's a rejection."

Initially, the awards ceremony had been planned for July 5, but was postponed due to the controversy. After a conference in late August, the co-winners agreed that Kermani should receive the prize.