German Intelligence Admits to Spying on Charities in Afghanistan | Germany | News and in-depth reporting from Berlin and beyond | DW | 07.12.2008

German Intelligence Admits to Spying on Charities in Afghanistan

Germany's foreign intelligence service, the BND, has admitted covert surveillance of a German relief group's communications in the Afghan capital Kabul, according to a report published by newsmagazine Der Spiegel. 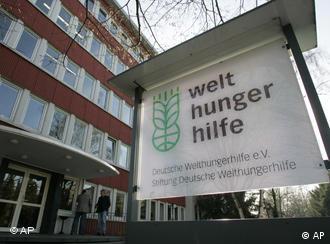 The BND had told Welthungerhilfe it had scrutinized at least 2,000 e-mails, fax messages and telephone conversations from the Afghanistan NGO Safety Office (ANSO) between October 2005 and April 2008. ANSO is run by Bonn-based Welthungerhilfe, a group whose name translates to "world famine aid."

The magazine noted that during this period Welthungerhilfe was headed by Ingeborg Schaeuble, the wife of current German Interior Minister Wolfgang Schaeuble.

The BND said the surveillance, aimed at picking up signs of terrorist threats or other dangers, may have been unconstitutional. ANSO advises relief workers from several nations in Afghanistan about the danger of attacks.

BND in hot water for spying on Afghan minister 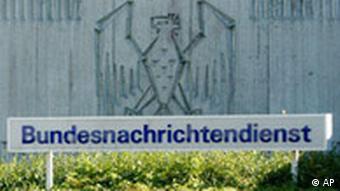 The BND has been caught spying on ministerial emails

In April Der Spiegel reported that the BND had intercepted e-mails between one of its journalists and Afghan Economy Minister Mohammad Amin Farhang in 2006.

The incident sparked Farhang's ire, and sharp criticism by a German parliamentary commission against the BND and its chief Ernst Uhrlau for undermining faith in the agency.

After critics accused it of overstepping the mark, the BND has been conducting reviews of the legality of various snooping operations in recent months and has itself disclosed those which it decided were not fully lawful.

The Kosovo government expressed its regret over the handling of three German foreign intelligence agents who were arrested and detained in Pristina in November. (07.12.2008)

The German government under former Chancellor Schroeder covered up its spy role in the US war against Iraq, opposition parties said. An investigatory committee questioned two intelligence agents accused of aiding the US. (18.09.2008)

Foreign Minister Frank-Walter Steinmeier called his Afghan counterpart Rangin Dadfar Spanta on Saturday to express regret over the monitoring of another Afghan minister by the German foreign intelligence service. (26.04.2008)