While most of the country is swept up in World Cup fever, that's not the case for German business leaders. They've been eyeing up Chancellor Merkel's progress on economic reforms and wonder what she's waiting for. 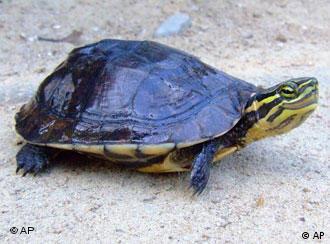 Reforms in Germany are moving at a turtle's pace, experts complain

Angela Merkel may be enjoying the highest popularity ratings of any post-war German chancellor, but she is fast losing favor among the country's business leaders and economic experts.

At a meeting of industry representatives in Berlin on Tuesday, the president of the BDI industry federation, Jürgen Thumann, renewed his stinging criticism of Merkel's reform politics and demanded that her grand coalition of conservatives and social democrats pick up the pace. 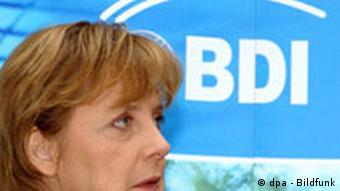 Merkel is losing favor with the BDI industry association

The difficulty she would have in leading this unwieldy coalition of former political opponents was well noted when Merkel took office. But according to Thumann, this difficulty is no excuse for political hemming and hawing over much-needed reforms.

The criticism is all the more striking given the fact that business leaders, Thumann included, were well-disposed toward Merkel and her economic platform during her government's first few months.

"They had a good start with their economic policy if you consider that they embarked on a budget consolidation process, and decided to raise the retirement age from 65 to 67, which was an unpopular but necessary decision," said Barbara Böttcher, economist with Deutsche Bank's think tank, DB Research. "Now, they seem to have run into deeper waters with the reform of (unemployment benefit legislation) Hartz IV, health care sector reforms, and corporate tax reform."

Böttcher said that Merkel would likely be making swifter progress had her Christian Democrats been able to form a coalition with the free-market Liberal Democrats (FDP), as planned. Instead, she has to work on maintaining harmony with the more traditionally leftist wing of the Social Democratic Party, which gained in influence following the departure of Gerhard Schröder, a reform-minded moderate.

"The constraints now are much stronger than anticipated," Böttcher said.

Germany's economy is not performing too badly at the moment. In fact, much of the news is downright positive. Both export and domestic industry are doing well, consumer spending is up, and investment in Germany is improving. The BDI reports that the German economy will likely grow by 2 percent this year, and Thumann added that it would be possible to repeat this in 2007 -- if economic reforms are put in place.

Thumann's list of necessary reforms includes loosening job protection rules, cutting corporate taxes, and simplifying the country's federal structure which has hampered reforms in the past.

Thumann is not alone. Axel Weber, president of Germany's central bank, has called on the government to put new concepts for pension reform on the table as quickly as possible. And over the weekend, German President Horst Köhler warned the government of the need to combat stubborn mass unemployment with decisive reforms, and to simplify the German tax system.

"I often ask myself why German politicians are so timid," Thumann said, adding that improved business confidence levels plus the majority held by Merkel's coalition have created the ideal conditions to introduce ambitious reforms.

Keeping up with the Joneses 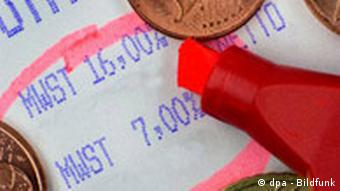 "Ambitious" may be one way of describing the government's recent decision to increase value-added tax by 3 percentage points to 19 percent starting in 2007. But it was a move that was widely panned by economic experts who predict it will dampen consumer spending just as it is starting to recover.

Economists are hoping for better results from the government's plans to revamp the country's corporate tax regulations. Finance Minister Peer Steinbrück has announced "the outline of a plan to lower corporate dues to below 30 percent" by 2008. Currently, companies pay 36.8 percent on profit compared with 15 percent in Ireland and 17.4 percent in Poland.

But industry leaders and economists say the government needs to aim even lower if it wants to stem the export of jobs abroad.

"We have to make sure we gain competitive advantage when it comes to corporate taxes," Böttcher said. "Twenty-five percent should be the orientation mark. If we leave that until the end of the decade, it will be too late."

OECD Urges Germany to Press on With Reforms

The OECD has urged Germany to press ahead with reforms to help boost growth and spur consumer demand, traditionally the Achilles' heel of recovery in the euro zone's biggest economy. (May 31, 2006)

The 3 percent value-added tax increase that was part of Chancellor Angela Merkel's election campaign didn't come as a surprise to anyone in Germany, but that doesn't mean everyone is willing to accept it. (May 20, 2006)

Angela Merkel will have to soften some of her radical economic reforms if the so-called grand coalition of left and right is to get Germany back to work, analysts said on Monday. (Oct. 11, 2005)