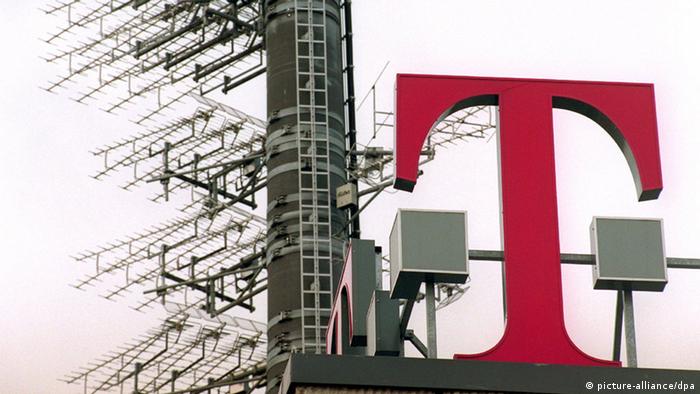 The German telecommunications giant announced this week that starting in May it will reduce the speed of Internet services for its "flat rate" customers when a certain amount of data has been consumed. Such bandwidth caps, comparatively common in the US but not in Europe, are more commonly found on mobile Internet deals.

However, the company would exclude its in-house broadband television and film service Entertain in the consumption of the consumer's data quota.

Deutsche Telekom will introduce limits for broadband Internet May 2 for new customers in Germany. DW asks analyst Dan Bieler whether it will set a precedent for the industry. (24.04.2013)

This means that if a customer streams entertainment through Entertain, the resulting traffic will not count against the customer's overall data volume. In turn, different streaming providers would eat up the consumer's bandwidth.

Critics have said this plan distorts competition and also attacks network neutrality - the concept that Internet service providers and governments should treat all online data equally. Now, the German government has intervened.

Economic Minister Philipp Rösler voiced concern in a letter to Telekom's CEO Rene Obermann on Wednesday, a copy of which Spiegel Online obtained.

In the letter, Rösler warned of possible restrictions for "flat rate" customers. He said Federal government and consumer protection authorities would "follow very carefully further developments in relation to the varying treatment of Telekom's own services, and that of others, in terms of network neutrality."

Federal Consumer Protection Minister Ilse Aigner also criticized the new policy in an interview with Spiegel Online. "At first glance, progress for the customer can not be seen," she said. "Limiting flat rates is certainly not consumer-friendly," the Bavarian conservative CSU minister said.

A spokesman for Telekom responded Wednesday by saying the alternative to the plan would have been to increase the flat-rate prices for all customers. He said only customers that use more than the average high-speed Internet will be affected, "which we find to be a fair solution."

Telekom said they share the objectives of the Federal government on net neutrality. "Telekom stands for a free and open Internet. Net neutrality is partly confused in the debate with a free Internet culture," the spokesman said.