German Gets Cop Sympathy For Hurling Computer From Window | News and current affairs from Germany and around the world | DW | 18.07.2007

German Gets Cop Sympathy For Hurling Computer From Window

A German man who scared his neighbors when he threw his computer out of the window in the middle of the night was let off the hook by police for disturbing the peace. The cops said they understood his frustration. 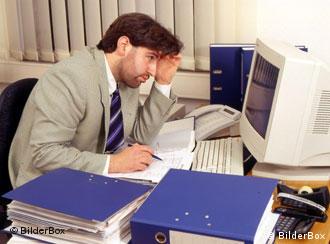 Ever felt like just hurling the damn thing out of the window?

Ever get the feeling that you want to thwack your computer with a baseball bat? Or throw it out the window out of sheer desperation?

A German man in the city of Hanover did just that, and scared the wits out of his neighbors in the process. Woken by a loud crash in the early hours, the alarmed residents called the police.

When the officers arrived on the scene, they found the street and pavement littered with electronic parts.

The culprit was not hard to track down, however. 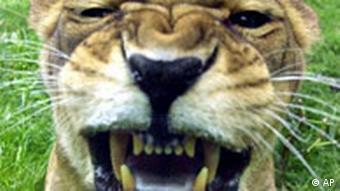 When computers turn men into animals

Asked what had driven him to the night-time outburst, the 51-year-old man said he had simply been driven mad by his PC.

But rather than berate the man, police sympathized with his technical frustrations.

"Who hasn't felt like doing that?" said a police spokesman.

The man was not charged for disturbing the peace, but was made to clean up the messy gadgetry in the street.

Normally it's the drunk and unruly passengers who end up getting kicked to the curb, but, after getting an eye-full, an easily distracted driver in Germany shouted at a woman for wearing a low-cut blouse on his bus. (16.07.2007)

What Made You Chuckle?

When the number of petty thefts in a German retirement home started to alarm residents, one old dear put to use all those hours sat reading Agatha Christie in the day room and set about bringing the culprit to justice. (06.04.2007)