Germany has taken a tough stance on Greece cutting its spending and reducing its deficit, but as time goes on the biggest financier of Greece's bailout package appears to be losing patience. 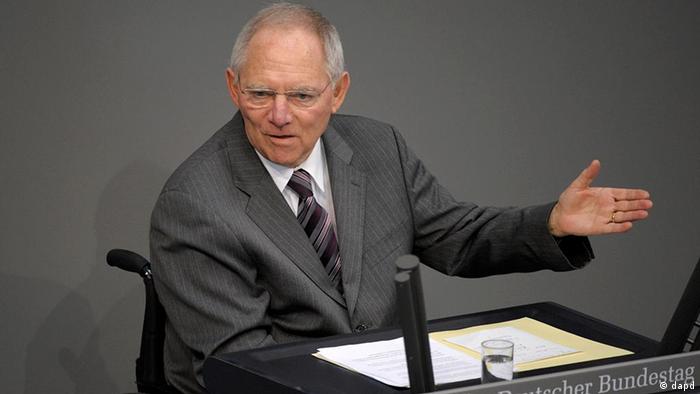 German Finance Minister Wolfgang Schäuble on Friday indicated he was losing patience with the Greek government on efforts to reduce its budget deficit and comply with the conditions of its bailout program.

"We've heard enough proclamations, now the government in Athens has to take action," Schäuble said in the Friday edition of the daily Stuttgarter Zeitung. "If Greece wants a second loan package, the preconditions must first be fulfilled."

The so-called "troika" of inspectors, representing the European Union, the European Central Bank and the International Monetary Fund, has told EU finance ministers that Athens had not fully complied with the conditions of the first bailout package.

Greek Prime Minister Lucas Papademos on Friday was to resume talks with the Institute of International Finance, a lobby group representing banks that own Greek government bonds. Athens and the IIF have been holding stop-and-go negotiations for weeks on forgiving up to 50 percent of Greece's debt.

That writedown, worth some 100 billion euros ($130 billion), is a precondition for an extra 130-billion-euro loan package from the EU and IMF.

The EU, European Central Bank and the International Monetary Fund are due in Athens to check Greece's progress on structural reforms. Financial experts want to see big changes in the labor market. (17.01.2012)