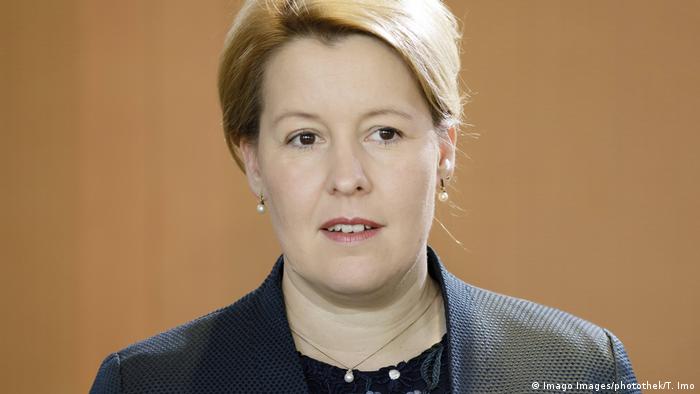 More than a third of the 205-page thesis included plagiarized material, according to the VroniPlag blog. Problems included "careless" referencing and misquoting, said VroniPlag activist Gerhard Dannemann, who is also a professor at the Humboldt University of Berlin.

"This type of misquoting is particularly dangerous because errors perpetuate themselves in this way," he said.

The Free University of Berlin (FU), where Giffey wrote the dissertation from 2005 to 2009, is also examining the work for plagiarism.

Giffey, a member of the Social Democratic Party (SPD), asked FU to look into the matter in February after VroniPlag said it had found multiple instances of appropriated text.

She said she wrote the dissertation — "The European Commission's policy on civil society participation" — at the university's political science institute in "good faith."