German expressions with a color to brighten up your life

As in every language, German has a number of idioms referring to a color. But some of their literal translations can be enigmatic for English speakers. Can you guess their meaning?

Some German idioms mentioning a color have a direct translation in English, but that's obviously not always the case for every expression.

Take the color green, for example. In both cultures, it's associated with nature, spring, youth, hope and envy. 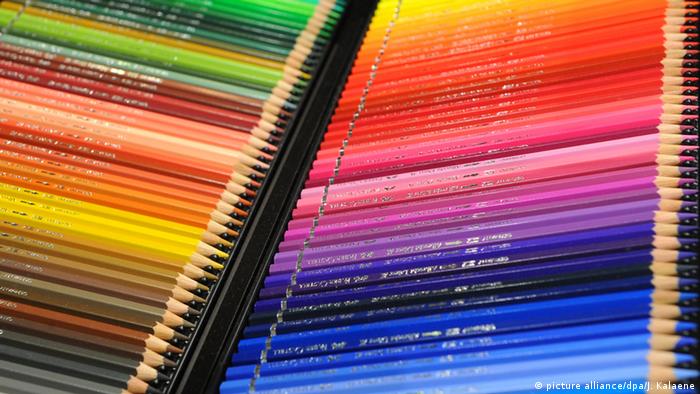 Using color expression can broaden your palette of German vocabulary!

In English, someone who is skilled with plants has a green thumb. In German, they will likewise be described as having "einen grünen Daumen." And to "be green with envy" also exists in German — although yellow is also often used for the same expression, "grün (oder gelb) vor Neid."

A person who is naïve and lacks experience is "green behind the ears" — "noch grün hinter den Ohren" — and if you give a project the green light in English, you can also give the go-ahead with the same words in German: "das grüne Licht geben." Both refer to a traffic light turning green. 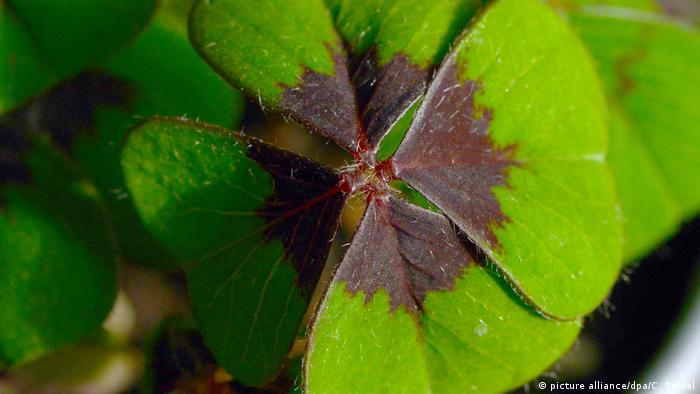 If you tell someone in English you'd like to 'praise them over the green clover,' they may be more than a little confused

However, an English speaker won't necessarily be able to guess the meaning of other German idiomatic references to the color green.

Click through the gallery above for different German idioms that don't translate directly into English.

It's the Chinese Year of the Pig — time to let out the sow, as they say in Germany. From whistling pigs to the sow's claw, the German language has many quirky idioms featuring this porky animal. (04.02.2019)