The major rating agencies are desperately trying to repair their tattered image. Experts say they share responsibility for the financial crisis as calls for political consequences are getting louder. 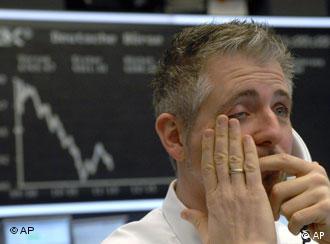 Until the outbreak of the subprime crisis, sector giants like Standard & Poor's and Moody's in the US had enjoyed an aura of expertise and incorruptibility. Half a year later, they're on the defensive. The finance committee in the German parliament recently met with experts to discuss the role of the rating agencies in the crisis.

The agencies have been aware of the need for change for a long time, said rating expert Oliver Everling, who'd spoken with the committee. He added that "the agencies definitely don't bear responsibility alone for the subprime crisis." 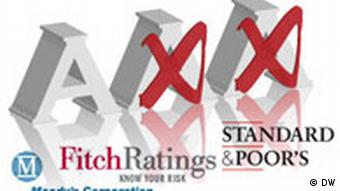 Indeed, the agencies have tried to take other market participants to task. Everling said that banks bore a greater share of the blame for investing in risky products whose complexity they didn't understand, such as collateralized debt obligations (CDOs).

Even after the shaky bonds had lost their value and experts had warned that the US mortgage market was about to burst, the rating agencies were still granting mortgage derivatives the highest score of AAA. It wasn't until June 2007 that the ratings dropped, leaving the agencies scrambling to defend their role as the "early warning system."

Furthermore, the rating agencies have had to refute accusations of corruption and conflict of interest. According to critics, the credit monitors not only evaluated complex financial products but also advised the issuers who wanted to sell them. 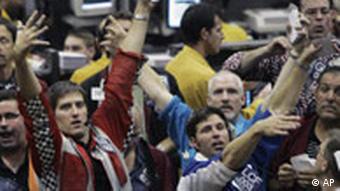 Could the chaos have been spared?

Moody's has rebuffed claims that it had been involved in consulting, but said it's possible that "analytical discussions" took place with issuers or their advisors.

"The line between dialogue and consultation is fluid," Everling said.

The rating expert warned against hastily slapping regulations on the industry. The consequence of the agencies' mistakes should be more and not less rating -- with greater competition, he said. After all, Standard & Poor's and Moody's dominate the global market with an 80 percent share, making them practically immune to national politics.

Instead, politicians around the world have to convince Standard & Poor's and Moody's to participate in regulation negotiations, said Everling -- at the very least to improve their reputation for transparency.

It's not always clear where their ratings actually come from, say critics. German Chancellor Angela Merkel said last year during the financial turbulence that "nothing should be pulled out of a black box that no one understands." 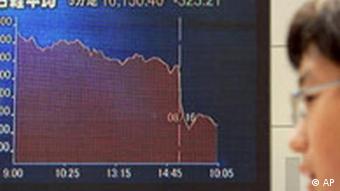 The US crisis had ramifications across the world

Wuerzburg economist Ekkehard Wenger said he doubts that pressure from politicians can bring transparency back to the industry.

"As long as the rating agencies are paid by those that sell the papers, not much will change," Wenger said.

At the very least, however, the sector already seems to have lost the blind trust it once enjoyed.

"The confidence of the market in credit ratings has suffered under the current situation," conceded the Fitch rating agency recently.

As a result, banks and investors will have to take a closer look at who they entrust their money with, said Franz Waas, head of DekaBank.

"Traditional credit analysis will become more significant again," he said. "People won't buy blindly based on the advice of the rating agencies anymore."

Germany has agreed on a 1.5 billion-euro ($2.19 billion) rescue package for subprime-hit bank IKB, the third bail-out for the ailing institution. One leader said its collapse would have "incalculable" consequences. (14.02.2008)

Europeans Work on Plan to Deal with Financial Market Turmoil

Ahead of further talks at the end of the month, British, German, French and Italian finance ministers met this week to work on a common European strategy to offset insecurities in the international financial markets. (19.01.2008)

Who is responsible for the subprime crisis and how can a similar situation be prevented in the future? Please include your name and country in your reply.