Google is the first place some 70 percent of Germans go when looking for information on the Internet -- and that's got some media experts worried the company could abuse its position by manipulating search results. 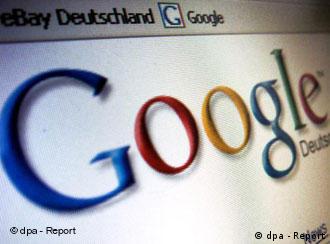 Google said there is no reason to fear search result manipulation

Google, along with Yahoo and Microsoft's MSN account for 90 percent of German searches, according to Marcel Machill, a journalism professor at the Leipzig and Dortmund universities.

"In the classic media sector this kind of concentration would be unthinkable," he said Tuesday, after a two-day conference in Berlin. "It is important not to let this power develop unobserved."

Google have a responsibility similar to other publishers not to allow access to illegal sites, such as those with neo-Nazi content, which is illegal in Germany, Machill said. 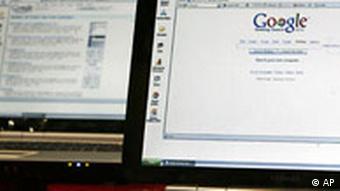 Search engine operators' German subsidiaries agreed to voluntarily filter sites with x-rated content or that glorify violence out of their results lists last year. Government needs to stay aware how the search companies operate and regulate them if needed, Machill added.

The voluntary obligation to filter sites amounts to nothing more than a "weak regulation without any sanctions," according to Norbert Schneider, director of the North Rhine Westphalia state media institute. He added it is up to government to make the power of search engines clear to Internet users.

Machill also suggested starting a publicly funded European counterweight to the three US search engines that would level the search engine playing field. 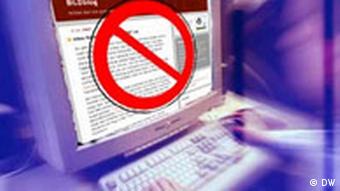 Legislation can influence what appears in search results

There is no reason for added regulation or to fear explicit manipulation of search results because they are determined by a mathematical formula, according to Google spokesperson Stefan Keuchel, adding that the only results that can be bought are labelled as advertisements.

Google and Yahoo representatives, who for reasons of competition refuse to publish the formula that determines their search results, said they adhere to local laws when determining what results appear.

"We believe in freedom of expression, not censorship," Keuchel said.

Both companies have, however, come under heavy fire from free speech organizations for censoring search results in China, where sites dealing with the Tiananmen Square massacre, Tibet and independent news are censored under Chinese laws.

How should European cultural heritage be preserved in the age of the Internet? What are the implications of new technologies on the European cultural scene? A conference in Salzburg, Austria is looking for answers. (June 21, 2006)

Some Europeans are concerned about US hegemony in the worldwide information market. Now France -- and maybe Germany -- aims to develop a Eurocentric alternative to the dominant Internet search engine, Google. (March 9, 2006)