Germany's Medical Association has called for a public debate on the state of the German health care system. They say a secret rationing of health care is taking place as doctors struggle to meet demand. 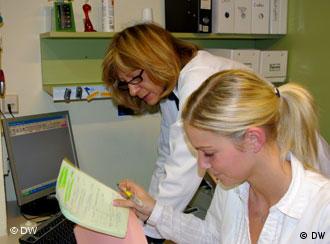 Doctors may have to prioritize patient care, according to medical chiefs

German doctors are not always able to provide patients with the care they need due to financial constraints, according to medical chiefs in the country.

The issue was raised following comments made by Joerg-Dietrich Hoppe, President of the German Medical Association, in an interview with the Sunday edition of the German Frankfurter Allgemeine Zeitung newspaper. Hoppe said it was time to talk about a possible prioritization of medical care.

Patients are not always receiving optimal treatment because Germany's healthcare system sees its doctors stretched to their limits. There is simply not enough money in the healthcare coffers, according to the president of Berlin's Medical Association, Guenther Jonitz.

"Hospitals are understaffed and doctors are left holding sole responsibility for a patient's well-being," Jonitz said. "It is a question of political mismanagement."

According to Jonitz, the government has pulled between 10-20 billion euros per year out of general health insurance over the last 10 years. 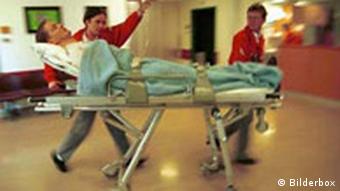 German hospitals are stretched to the limit, say bosses

"An unlimited demand for medical care cannot be paid for and cured by limited resources," Jonitz told Deutsche Welle.

"We need to take responsibility from the shoulders of the doctors and start an open discussion about what is really necessary. One that will promote the best medical care for the patient," he said.

Both the German Ministry for Health and the Association of Public Medical Insurers, (GKV) reject the idea of medical prioritization.

The GKV has called for cost-cutting measures in areas where there are still financial reserves. Ann Marini, a spokesperson for GVK, says a more co-ordinated response to patient care is one way of saving time and money.

"There are also economic reserves within both the pharmaceuticals sector and in some areas of hospital management. In these three areas alone, there are possibilities to improve the system and thus the patient care. There is no reason to talk about rationing patient care," Marini said in an interview with DW.

Healthcare is not up for debate

The government has called the idea of prioritizing healthcare unethical.

"It is not the task of the Health Ministry to initiate a debate over how the prescription of pharmaceuticals could be prioritized," Health Minister Philipp Roesler told a German news agency. 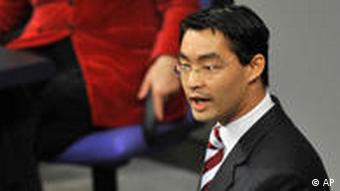 "Nor do we want to find ourselves in a situation where we dictate when or whether medical care is necessary," Roesler added.

The President of Berlin's Medical Association, Guenther Jonitz argues that the Ministry and the GKV are ignoring the reality of a situation where doctors are already having to decide whether or not a patient receives a new heart or liver transplant. The high number of patient complaints is another indicator.

In some cases, the Association argues, doctors - already in short supply - are taking time off from surgery to attend conferences every few months as their budgets do not stretch to cover full-time patient care.

There are no statistics to prove medical rationing is taking place. However, Guenther Jonitz told DW that doctors and nurses experience it daily.

German healthcare issues back on agenda ahead of election

Germany's healthcare system has experienced all manner of nips and tucks since it was introduced over 125 years ago but it's nonetheless showing its age. The election might decide whether it gets a new lease of life. (04.09.2009)