How effective is German development aid? A new study published this week says the country's aid policy is hobbled by a lack of transparency and reliable methods to assess whether funds really reach the world's needy. 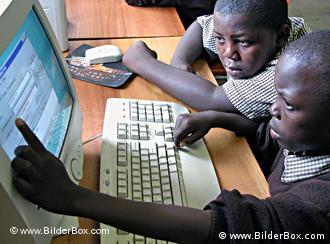 The study, commissioned by the German development ministry, and published in Berlin this week said the country urgently needed a common and independent evaluation method for its various aid programs scattered across several ministries and sectors.

"The heterogeneity of the existing evaluation systems is reflected in the strong fragmentation of German development aid cooperation," Reinhard Stockmann from the Center for Evaluation at the University of Saarland, one of two research institutions that conducted the study, said.

"A common evaluation instrument is urgently needed," he said.

The study surveyed 19 state-run, church-owned and non-governmental organizations. Stockmann also said the system was marked by a lack of transparency in the way funds are spent on development projects.

He pointed out that the German ministry for economic cooperation and development was the only institution to publish its aid evaluation report online. 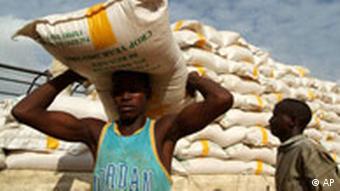 Stockmann added that Germany could learn some lessons from other countries in assessing aid projects.

"In Sweden, for example, there is an independent agency for the evaluation of the efficacy of Swedish development aid. In Britain there's an advisory panel, which tells government which methods and even which programs and projects should be evaluated."

Many aid groups and experts also fear a slump in Germany's development aid project as a result of the global financial crisis.

The World Bank has warned that recession-induced donor fatigue could plunge 90 million more people, mainly in Africa, into poverty.

On Thursday, the umbrella organization for EU development aid, CONCORD, criticized Germany and other member states for inflating their development aid figures.

The group said that last year Germany only spent 0.28 percent of GDP (Gross Domestic Product) on actual aid for the developing world and not 0.38 percent as Berlin had claimed. The rest was spent on debt cancellation, funds for foreign students and refugees, the group said.

CONCORD said only three countries among the EU's 27 member states – Britain, Luxembourg and Spain – would meet the EU's goal of pushing countries to raise their aid budget 0.56 percent of GDP.

Many question the EU's financial support of Chad

After another incident of violence in the country on Friday, and lingering accusations that its leader, Idriss Deby, is corrupt, many are questioning the EU's support of Chad, which totals over 300 million euros. (08.05.2009)

Should Germany continue to send millions in development aid to booming emerging economies like India or divert it to more needy nations in Africa? DW-WORLD.DE spoke to a liberal politician about aid reflecting reality. (21.10.2008)