Acclaimed German dancer and choreographer Pina Bausch has died at the age of 68. The recipient of numerous awards and prizes, she left her mark as an innovator in the hybrid genre of "Tanztheater," or dance theater. 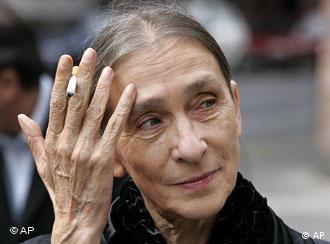 The director of the Wuppertal Tanztheater said Tuesday that Bausch had passed away unexpectedly earlier that morning. The choreographer had just last week been diagnosed with cancer, but had continued with her work up until her death.

Attesting to her global stature, tributes are coming from the world of politics as well as the arts.

"Unlike almost any other, she broke out of traditional structures in dance, modernized classical ballet and coined her own idiosyncratic style," said a statement released by German Vice-Chancellor Frank-Walter Steinmeier.

Though Bausch tended to avoid the limelight, she became known to many people outside the dance world with her appearance in Pedro Almodovar's Oscar-winning film "Talk to Her." The film also pays homage to her work.

Bausch's oeuvre explores memories, questions of identity and the difficulty of human understanding. Frequently, she thematizes the difficulty of relations between the sexes. Men and women can flirt tenderly at one moment, then fling each other violently across the room the next.

"It is about life and about finding a language to describe life," she said. The choreographer, on the whole, usually avoided pinning down or labeling her creations, preferring to let her audiences make up their minds.

In 2007 she was awarded the Kyoto Prize - one of the top prizes in the culture and arts field - in recognition of her work in breaking down the boundaries between dance and theater, and pioneering a new direction for theatrical art. She was the first woman to receive the accolade in the category art and philosophy. 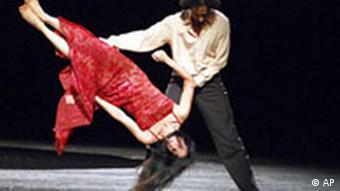 Bold and visually arresting, her first works were roundly criticized by traditional ballet fans. She became notorious for having her company dance on dirt, on leaves, in ankle-deep water, as well as for bringing them into direct contact with the audience.

But she began to attract attention abroad with her performances at the World Theater Festival in Nancy, France, in 1977. This was the start of a flourishing international career.

The grande dame of modern dance was famed for her collaborative way of working. She would start by directing a barrage of questions at her dancers, who would respond with words, gestures, and improvised dance. "I'm not interested in how people move, but what moves them," she once famously stated.

Bausch was strongly influenced by Kurt Jooss, a pioneer of German expressionist dance, with whom she began studying at the age of 14. He was to have a strong influence over her work. The psychological ballets of Anthony Tudor, whom she encountered during a scholarship at the Juilliard School in New York, also made a marked impression on her.

Although she led her company for over 35 years, she didn't talk of retiring. Upon receiving the Kyoto Prize less than two years ago, the choreographer said she still had "an awful lot of plans."

A professional dancer in Stuttgart gave up a top position to found an innovative dance company with a social conscience. The troop makes its fresh approach to dance accessible to everyone - especially people in need. (25.04.2009)

Just one month before his swan song "Around the World in Eighty Days" was set to premiere, a spokesperson for Bejart Ballet Lausanne announced that Maurice Bejart died in a Lausanne hospital Thursday, Nov. 22. (22.11.2007)