Germany's highest court has confirmed that requiring children to attend sex education programs does not infringe upon religious freedoms or parents' rights to raise their children according to their own values. 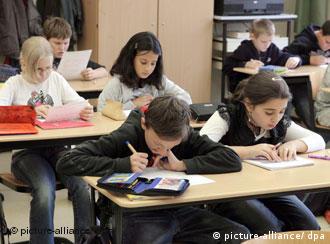 Germany has some of the strictest school attendance laws in Europe

The German Constitutional Court ruled in the case brought by Baptist parents, who kept their two sons home from a theater project on sexual abuse and another event connected with celebrating Carnival. The judges decided that compulsory school attendance was valid in situations where the school maintained a neutral and tolerant stance toward the parents' values.

The parents went to court to appeal a fine of 80 euros ($115) imposed on them for failing to send their children to school.

The parents had claimed the theater performance about sexual abuse taught children that they alone could determine their sexuality, and that Carnival is a Roman Catholic festival during which people behave immorally, bingeing on food and alcohol. The boys' school argued it had maintained its neutrality and tolerance by offering swimming and gymnastics as alternatives.

A long-standing issue for religious parents

Germany has particularly rigid school attendance laws. Home-schooling is illegal and opting out of certain subjects on religious and cultural grounds is not allowed. One deeply religious couple, who had tried to home-school their five children, is now seeking asylum in the US, saying the German school attendance laws persecute them for their religion.

Last year a Duesseldorf court ruled that a 12-year-old Muslim schoolgirl must take part in co-educational swimming lessons at her school, despite her parents' objections on religious grounds to their daughter wearing close-fitting clothing.

Although the most recent federal court decision applies to all of Germany, which specific classes a school offers is ultimately decided at the state level. Thus, while the sexual education programs might vary from state to state, no schoolchild attending school in Germany can skip any sort of class or subject – be it physical education, biology or math – for religious reasons.

High school and college students across Germany are ditching class and going on strike all this week. They're speaking out for education reform - and turning on the heat ahead of the national elections. (17.06.2009)

German family fled to US for educational freedom

Germany is normally a country people seeking asylum go to. But one young, religious German family has left their homeland for the United States so that they could teach their children as they see fit. (01.02.2009)