Germany's highest court has ruled that the use of electronic voting in the last general election was unconstitutional. However, the Karlsruhe judges said the 2005 vote was still valid as there was no evidence of errors. 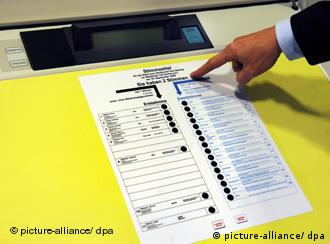 There are concerns about the security of e-voting

Constitutional judge Andreas Vosskuhle said that the judgment did not rule out digital voting for once and for all, but added that the equipment used four years ago did have shortcomings.

Nevertheless, Vosskuhle said there was no indication that there had been any errors.

Father and son opposed the technology 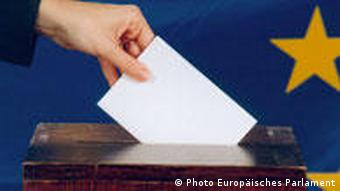 Sometimes the old solutions are the best

The use of electronic voting was challenged by a father-and-son team. Political scientist Joachim Wiesner and son, physicist Ulrich Wiesner complained that push button voting was not transparent because the voter could not see what actually happened to his vote inside the computer and was required to place "blind faith" in the technology.

In addition, the two plaintiffs argued that the results were open to manipulation.

Germany first introduced electronic voting in European elections in 1999 and first used it in parliamentary ballots in 2002, but 2005 saw the first large-scale deployment of the technology.

German hacker-cum-data-protection group Chaos Computer Club has been spearheading a campaign with the Dutch foundation Wij vertrouwen stemcomputers niet (We don't trust voting computers) to stop the further spread of electronic voting because of fears about the risk of electronic errors and the potential for abuse.

In 2008, the Dutch government decertified the use of existing paperless systems and rejected a proposal to develop a new generation of voting computers.

The parliamentary elections in Estonia could be considered a world premiere: The people of the Baltic state are the first to vote for a new parliament via the Internet. However, critics of the system fear security gaps. (04.03.2007)

Sunshine and Suspense Bring France Out to Vote

Bright sunshine and high suspense saw voters across France pouring into polling booths Sunday to take part in a nail-biting presidential election that kept the country guessing to the last. (22.04.2007)