Companies using Facebook's 'Like' button on their website are not required to inform users that some of their personal information is sent to the social network site, a German state court ruled. 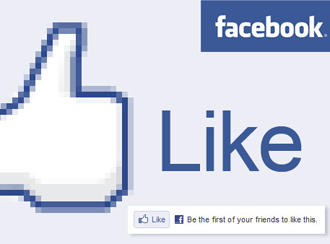 Berlin's State Court ruled against a claimant alleging companies that put Facebook's "Like" buttons on their websites must include a notice to users that some of their personal information is transmitted to Facebook if they are signed in to the social network.

The court said the use of the "Like" button did not break competition rules, as the claimant charged. But it did not rule on whether the buttons are in line with German privacy laws. Under German privacy law, websites are required to inform users of what personal information they collect and how it is used.

Whenever Facebook members are logged into the network and view a webpage containing a "Like" button, their name and time of visit is logged, allowing the US-based company to create a profile of the user's Web use.

The suit was brought by a company that sought an injunction against a competitor that uses the Facebook buttons on its website. For privacy reasons, the court's ruling does not contain the names of the companies involved in the case.

Facebook is entering the e-mail business with a new feature, but don't call it e-mail! And some are wondering if the social network's privacy policies are strong enough. (16.11.2010)

German corporations are turning to social media to get their message out, but customers are disappointed by what companies have to say. They want a dialogue with businesses, not a steady stream of ads. (21.08.2010)