The temporary injunction against online taxi service Uber operating in Germany has been lifted by a court in Frankfurt. Taxi drivers brought legal action against the US company, saying it created unfair competition. 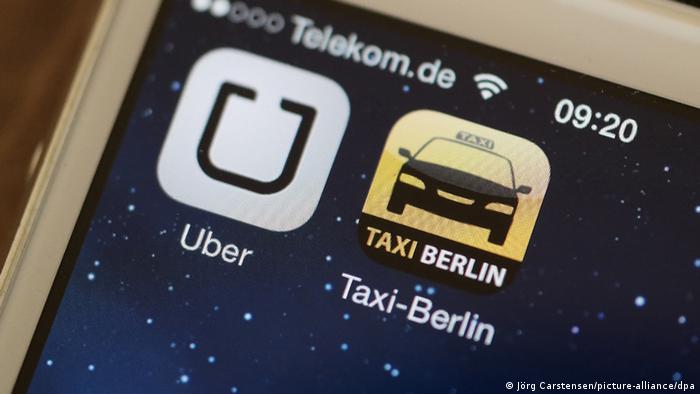 The Frankfurt Regional Court on Tuesday ruled that the San Francisco-based startup may once again provide its online taxi service through the Uber Pop smartphone app.

The Taxi Deutschland cooperative announced immediately after Tuesday's ruling that they would appeal to the higher regional court.

Uber contends it runs an online marketplace that connects drivers and passengers, and is therefore not subject to taxi regulations. The company allows users to use taxi-like services through their smartphones, but has faced pushback from regulators and taxi drivers since expanding to Germany.

"It's not our intention to displace the traditional taxi business," said Uber Germany boss Fabien Nestmann said after Tuesday's decision. "What we want are better choices for all."

German law currently allows private drivers to carry passengers without a commercial taxi license if they do not charge more than the operating cost of the trip.

A temporary injunction against Uber Pop was first granted by the court on September 1, saying the company's network of drivers lacked the necessary commercial license.

German officials and representatives of the Jewish community in Germany are gathering to remember and pay respects to the millions of victims of National Socialism.