A German court sentenced 22-year-old Iraqi national Ali B. to life in prison for raping and killing a 14-year-old girl in Mainz. The man had admitted to murder but insisted that he and the girl had consensual sex. 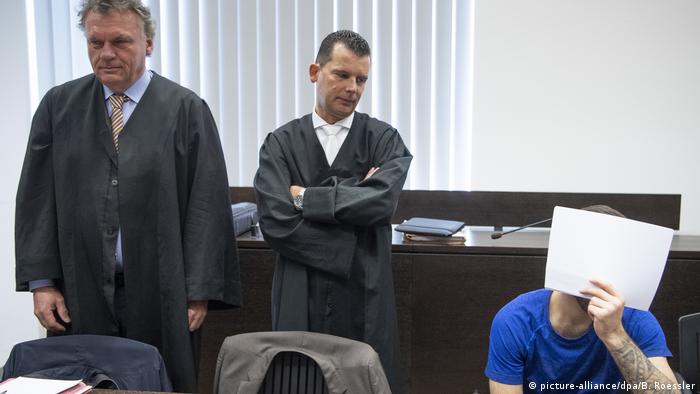 Ali B. (r) hid his face from the press during the sentencing in Wiesbaden

The Iraqi man who killed a teenage girl in Germany was sentenced to life in prison on Wednesday, after a court heard that he had a serious personality disorder.

The judges in the city of Wiesbaden near Frankfurt found the 22-year-old Ali B. guilty of raping and murdering 14-year-old schoolgirl Susanna F.

In the verdict, presiding judge Jürgen Bonk said the defendant acted "in cold blood" and that his claims of feeling regret could not be taken seriously.

"It is only you and no one else who carries the blame for Susanna's death," Bonk added.

The court said that, due to the gravity of the crime, the defendant would be ineligible for parole during the first 15 years of his sentence.

The man had arrived in Germany as a refugee and applied for asylum, but his application was rejected. He was living in Mainz, also near Frankfurt, when the crime took place in May 2018. The defendant and the victim had been acquainted through Ali B.'s younger brother.

Ali B. had admitted the murder during the widely-publicized trial, but denied the rape charge. He claimed that he and the victim had consensual sex outdoors and then got into an argument on the day of the murder. The defendant told the court the girl had threatened to report him and then "everything went black," he claimed.

"I don't know how it could have happened," he said, before adding that he did remember hiding the body.

The girl's body was discovered almost two weeks after the crime, near train tracks in a wooded area of Wiesbaden. Investigators found that she had been strangled to death. 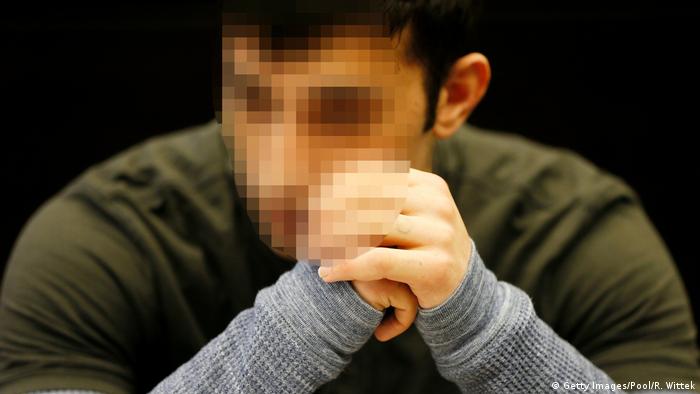 The defendant managed to flee to the Kurdish-populated region of Iraq, but he was captured

Prosecutors claim the man used the girl's phone to text her mother that she was in Paris. Ali B. also said he had been consuming a lot drugs and alcohol around the time of the murder.

For opponents of migration in Germany, the case grew to symbolize the failures of Chancellor Angela Merkel's asylum policy.

Captured after fleeing to Iraq

As police investigated, Ali B. fled to his native Iraq with several family members, but was captured by Kurdish authorities and returned to Germany.

He apologized to Susanna's mother during the trial and claimed to be a changed man while in jail.

"I can't make this right again," he said.

However, an expert witness told the court that she detected no trace of regret or compassion while interviewing the defendant. The psychiatrist described Ali B. as suffering from a serious personality disorder which made him manipulate people and focus only on his own needs. The witness also said he has a "fixed perception of women," believing they should cook and clean instead of going to work or going out by themselves.

Ali B. is also facing charges in a separate rape case, with prosecutors claiming that he repeatedly raped an 11-year-old girl, also while in Germany. Additionally, authorities link him to a mugging that took place in April 2018.