German court hands down life sentence in honor killing | Germany | News and in-depth reporting from Berlin and beyond | DW | 29.12.2009

A Kurdish man has been sentenced to life in prison for ordering the honor killing of his daughter. The girl's brother was also sentenced for his role in carrying out the brutal murder with the help of an accomplice. 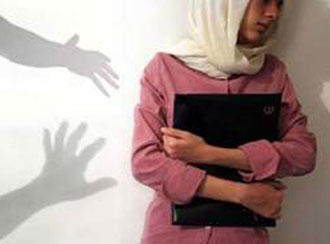 Most victims of honor killings in Germany are young Muslim women

Gulsum was murdered, a German court in Kleve found, because she was no longer a virgin. Judges said the young woman's lifestyle was seen as an affront to the family honor.

The victim's father, who had moved the family from Turkey to Germany 15 years ago, reportedly began plotting along with his son to kill Gulsum after finding out that the young woman was no longer a virgin and had undergone an abortion.

Gulsum had apparently turned to German social workers for help, fearing what her family might do. Arrangements were made for her to live in an apartment. But she eventually returned to live at home.

"Gulsum became the victim of a terrible crime," head judge Christian Henkel said after the verdict. "This was the act of father and son, who both wished it and planned it."

The court sentenced Gulsum's 20-year-old brother to nine-and-a-half years in prison. The brother allegedly lured Gulsum to get into a car with him before picking up a friend of his. The two men then drove Gulsum to a secluded spot near their western German home close to the Dutch border, choked her with a rope and clubbed her to death.

More than 50 honor killings in Germany in past decade

The court expressed shock at the violent nature of the murder."This is a horrible act with a horrible outcome," Henkel said.

The accomplice, 37, was sentenced to seven-and-a-half years in prison for his role in the crime.

Germany plans to have immigrants sign "integration contracts" that would oblige foreigners seeking to live in the country to avow certain values, such as freedom of speech and equal rights for women. (23.11.2009)

In a landmark decision on domestic violence, the European Court of Human Rights has said Turkey failed to protect a woman from being murdered by her son- in- law and ordered Ankara to pay damages. (10.06.2009)

Afghan-born German gets life for honor killing of sister