Germany's carbon emissions fell last year - due largely to the milder winter. Experts say that unless action is taken to cut the use of highly polluting brown coal, the country will not reach its 2020 climate targets. 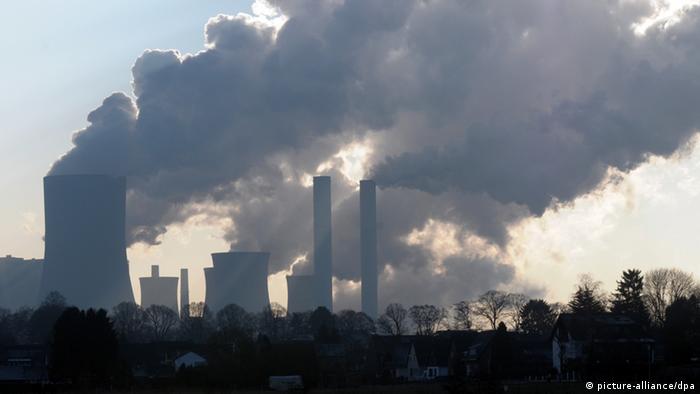 The German government released figures Tuesday (31.03.2015) indicating that carbon dioxide emissions fell in 2014 - putting the country back on track after three years of rising emissions. But politicians admitted that warmer weather was a decisive factor.

"Much of the reduction was in 2014 due to the mild winter. But we owe part of the decline to real progress on climate protection," said Environment Minister Barbara Hendricks.

Germany aims to cut CO2 emissions 40 percent by 2020, compared to 1990 levels. This makes Germany's climate targets among the world's most ambitious.

As holder of the G7 presidency this year, Germany also hopes to play a leading role in securing global climate targets at the United Nation's climate conference in Paris this coming December.

The expected effects of climate change can be deceptive and paradoxical: Recent studies show that Europe's coastlines are growing colder, while the northern hemisphere is becoming hotter. And there will be more snow. (23.03.2015)

A recent study concluded that climate change helped spark the conflict in Syria. DW asked the study's lead researcher to explain the link between climate and conflict - drought and population growth were major factors. (23.03.2015)

Germany emitted 912 million tons of carbon in 2014 - 4 percent fewer than in 2013, and down 27 percent on 1990 levels, according to provisional figures from the German Environment Agency.

But environmental groups say that while Germans needed less energy to heat their homes last year, the lion's share of emissions still come from the electricity sector - which is too dependent on CO2-heavy lignite, or brown coal.

"This is not a turnaround," Niklas Schinerl, a climate and energy expert at Greenpeace, told DW. "This decrease in CO2 emissions is caused by warm weather, nothing more … the share of lignite - which is very harmful to the climate - in the energy mix is still very high," he added. 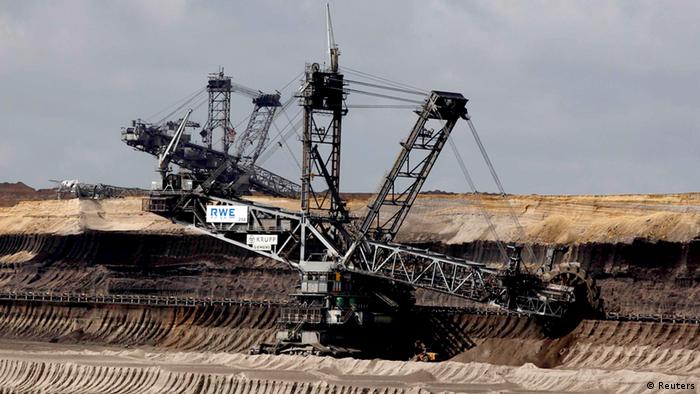 Extracting brown coal, or lignite, involves stripping the surface off the land

Claudia Kemfert, head of energy and environment at the German Institute for Economic Research, told DW that data adjusted for the temperature rise reflects a reduction in emissions of just 1.5 to 2 percent.

The Environment Agency's president, Maria Krautzberger, said that that decline was "gratifying" - but that efforts to reduce emissions must be kept up, with much to be done to improve the energy efficiency of buildings and reduce emissions from agriculture and transport.

A landmark 28 percent of Germany's electricity consumption was generated through renewable energy in 2014 - the result of a program of feed-in tariffs that have supported the sector since 2000.

Yet increased use of lignite saw the country's CO2 emissions rise in recent years - following a low point in 2009 attributed to the European economic crisis. Germany now appears to be close to its 2009 emissions levels.

But detailed figures show that while CO2 emissions from gas were down 13 percent compared to 2013 - with a decrease in hard coal emissions of 8 percent during that same time - CO2 from lignite, the dirtiest of the three, fell by only 2 percent.

Experts say the failure of the European carbon trading system to push up the price of the CO2-intensive fuel mean that lignite is undercutting cleaner fuels on cost.

Schinerl pointed out that Germany is not on track to reach its CO2 emissions cuts. "The only way to close this gap is to shut down power plants with the highest emissions as soon as possible - that means older plants, and those burning lignite."

Earlier this month, the government announced plans to introduce a fee that operators of older power coal burning plants would have to pay for every ton of CO2 emitted over a certain level.

Schinerl praised the idea, but said the price point needs to be set correctly. "The price of CO2 emissions needs to be high enough to cause a switch from lignite to less polluting hard coal, or better still, gas."