The small German city of Delmenhorst in Lower Saxony has paid an overinflated price for a vacant hotel to keep neo-Nazis from using it as a right-wing center. 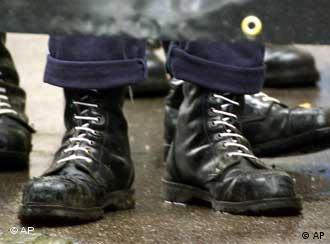 On Wednesday, Delmenhorst City Council paid three million euros ($4 million) for the Hotel am Stadtpark. Nearly a third of the money was collected by the city's 75,000 residents to stop the neo-Nazis moving into town. 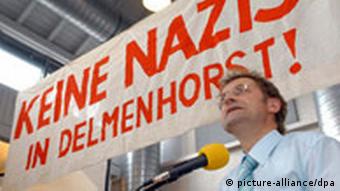 "We did it!. We have kept the Nazis out of our town," La Lanne said.

Delmenhorst residents fought the supposed plans by a well-known far-right lawyer Jürgen Rieger to buy the vacant hotel and convert it into a meeting point and training site for neo-Nazi groups.

Rieger reportedly offered 3.4 million euros for the site. The hotel's vendor was persuaded to accept slightly less from the civic-action group.

According to evaluators, the hotel was only worth 1.3 million. The town had to pay a political price, La Lanne said. "We have political enemy, and that's the Nazis." 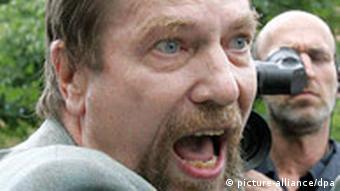 However, even back in September, the seriousness of the original offer by Rieger and his clients -- the mysterious Wilhelm Tietjen Foundation for Fertilization -- was in doubt.

Critics said the campaign was a ploy by Nazis and property-owners to drive up prices, and warned that paying the inflated sum could cause similar activities in other parts of Germany.

Delmenhorst Council is unsure what it will do with the 100 room hotel now. There have been suggestions to turn it into an old-people's home or a community center.

City of Delmenhorst to Buy Hotel After Struggle With Nazi Group

The owner of Hotel am Stadtpark in Delmenhorst in Lower Saxony has finally decided to sell the disputed property to the city and not to the neo-Nazi group that had originally bid on it but has since disappeared. (12.10.2006)

The mysterious neo-Nazi foundation behind the proposed purchase of a hotel in the German town of Delmenhorst no longer exists, according to British sources. The group is unlikely to make an offer by Thursday's deadline. (04.10.2006)

The Nazis used the space for a political and military training facility. Soon tourists will be able to spend their vacation there. Much of the architecture has already been landmarked. (16.12.2006)