German cities lack accommodation for refugees | Germany| News and in-depth reporting from Berlin and beyond | DW | 14.08.2014

Refugee organization Pro Asyl has asked the government to prepare an acceptance plan for Iraqi refugees. This is proving to be a problem for a number of communities that lack adequate housing for asylum seekers. 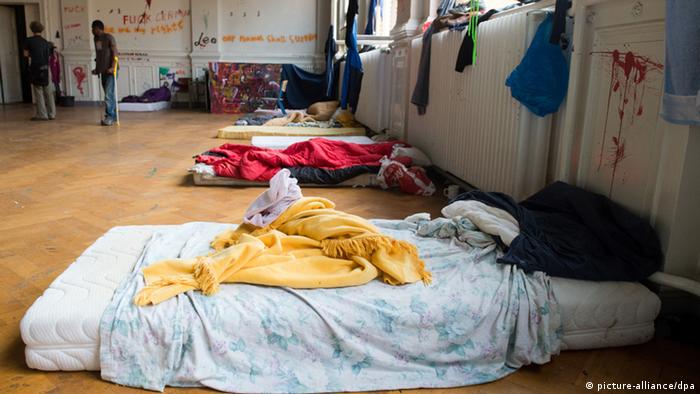 A number of German cities have reached their limits when it comes to providing housing for refugees. In Hamburg, the suggestion of using scrapped cruise liners to accommodate thousands of refugees has already been made. The space needed for initial housing has tripled in recent years and some German cities are using former schools, sports halls and other public buildings to house refugees.

In Berlin, makeshift accommodations have been assembled in a former retirement home. In Karlsruhe, refugees are alleged, according to media reports, to have slept in hallways. Cologne has rented out hotel rooms for over 800 people in order to compensate for the increasing number of asylum seekers. Cologne will need accommodation for an additional 2,000 people by 2015, according to an analysis made by the city's administration. The housing office called meeting this goal a near impossible task. Other cities, which are obligated to accept refugees, find themselves in a similar situation.

Local governments are already swimming in debt and now find themselves without money and space. Yet, more refugees will come to Germany, including those subject to the terror of the "Islamic State" regime in northern Iraq. How the cities and communities in question are to deal with such an influx of refugees remains unclear.

Sadly, in many cities, portable buildings are being stacked together to combat the numbers searching for somewhere to live. "This can help in summer, but is not suitable for long-term accommodation," said Mesovic, who believes there are an enormous number of refugees heading towards Germany. "What's happening in Iraq and Syria is not just a problem for countries in the south of Europe." 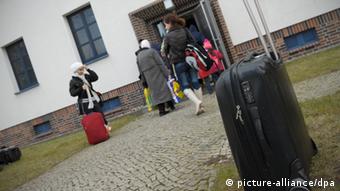 The demand for accommodation grows daily

In Germany, cities and communities are assigned refugees by the state. Due to federal law, the regulations vary from state to state - which makes for a confusing situation. The Federal Office for Migration and Refugees aims to coordinate the states' efforts and, since it processes asylum requests, provides states with the number of people seeking asylum so plans can be put in place to house them.

But time remains the issue. In between a spate of world crises and the movement of refugees, months can be lost. This, in turn, makes planning all the more difficult. In 2011, during Syria's civil war, 2,600 refugees came to Germany. By 2012, that number was well above 6,000.

As a cost-cutting measure, many cities have dismantled the housing established at the time of the Yugoslavian war, when accommodation was built for an influx of newcomers. In 1995, nearly 130,000 refugees sent off their first asylum applications. In 2006, that number was as low as 20,000. No one expected that number to rise again to levels seen in the mid and late 90s, and yet in 2013 the number of asylum applications was over approximately 110,000. The Federal Office for Migration and Refugees has calculated that a further 30,000 will apply in 2014. 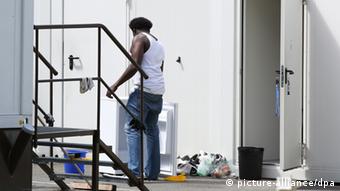 Some are forced to sleep in containers and in fields

Accommodation for refugees as a humanitarian method is a pivotal topic in many cities. Asylum seekers have a right to accommodation. In order to pay for these facilities, a number of other services - such as cultural expenditures - have been reduced. This proves to be a regular topic in local budget talks.

There's even been a reaction at state level. Baden Wuerttemberg want to provide an additional 122 million euros ($163 million) for accommodation, but how long it will take for this money to turn into actual housing is unclear.

A further difficulty is that when new refugee accommodations are built, there are often objections from locals and that leads to delays. For the Federal Office for Migration and Refugees this is not really a reason for the bottle-necking of accommodation. The support from the population grows, so much so that in several cities, citizens have come together to help. In Hannover, a support group for refugee accommodation has been founded with the additional aim of rustling up money for private accommodation so as to offer asylum seekers a new home.

Conditions themselves have also been improved. Brandenburg's state Ministry for Work and Social Affairs has made sure that those in need of protection, traumatized or individuals with children don't end up in communal accommodation but in decentralized housing.

The focal problem of space remains. Some cities find themselves 30 percent below the required provision of accommodation. Conditions are also growing more cramped at the already existing refugee homes. Mesovic, as a result, has pleaded for a Europe-wide refugee conference. "The current situation is historic and it demands that we accept refugees on a large scale."