Friday, April 7, is World Health Day and perhaps a reminder that easy access to healthcare is still far from universal. In the Nuba Mountains, a German charity hospital is struggling to help war casualties. 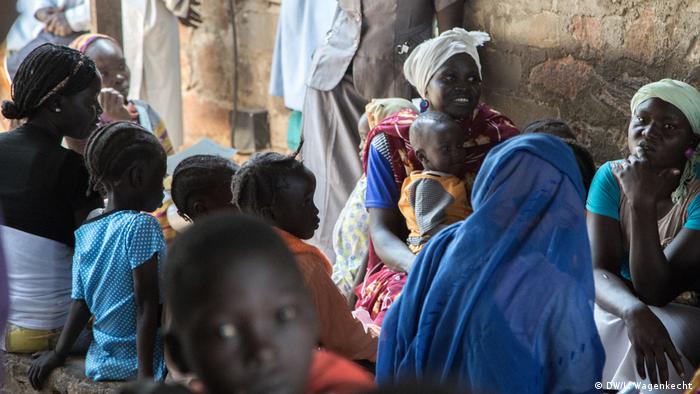 Sweat is forming on the brow of Joseph Yacoub. It is 40 degrees Celsius in the operating room of the hospital run by the German Emergency Doctors charity (Deutsche Not-Ärzte e.V.) in the rebel-held town of Kauda in the Nuba Mountains in South Kordofan, Sudan.

Yacoub is about to amputate the leg of a 23-year-old man who was shot by his uncle.  It is a routine operation for the medical practitioner who grew up in Nuba where war has been raging for decades.

Yacoub says most local people are traumatized ex-combatants. They return from the front line and find they cannot support their families in the traditional manner. They still have their weapons and if they don't handle tricky family issues wisely then "you will end up with violence," Yacoub says. 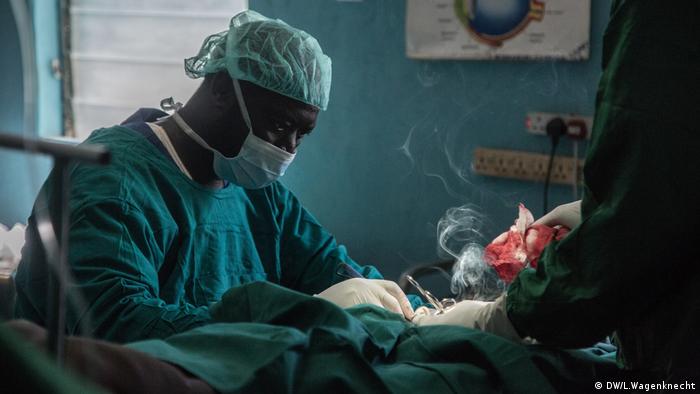 Joseph Yacoub operating on a patient at the hospital in Kauda

The Nuba Mountains are held by the rebel forces of the Sudan People's Liberation Army North. Khartoum government forces are not only bombing the rebels but also civilian targets, such as houses, schools and hospitals, as well. Fighting resumed after the collapse of a peace agreement and Khartoum banned humanitarian aid from the area in 2011.

Other NGOs then left the Nuba Mountains but the German Emergency Doctors stayed on. Project manager Johannes Plate says their greatest problem is that they are now working outside the law. This means that they have no legal protection any more. They receive all their medical and other supplies from a base in South Sudan. "If anything goes wrong there, then our lifeline snaps," he says.

Supplies for the hospital have to be flown first to the South Sudanese capital Juba and then to the border between South Sudan and Sudan. The supplies are then loaded on to trucks for the remainder of the journey into the mountains.

Life in the Nuba Mountains can be challenging for local residents, even in peace time. There is no electricity, communications, running water or means of transport. Even a trip to the hospital can be an ordeal. It generally means a journey of two to three hours on foot. If a sick child has to be brought along, the trip can be especially arduous. Some seeking medical attention at the hospital come from even further afield and it can take them seven or eight hours to reach their destination. 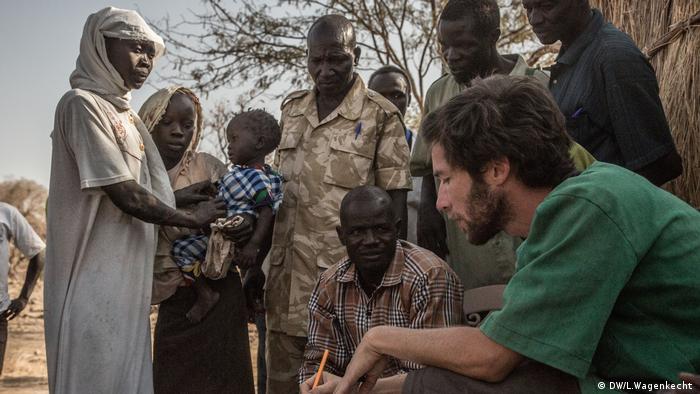 "Many are suffering from malnutrition and from worms. They also have ear infections and skin complaints," Plate says.

Khartoum government forces made substantial territorial gains in 2016 and many Nuba people have fled into the mountains where caves offer shelter from government  bombs. Hospitals have been targeted as Yacoub can testify from personal experience. But leaving the area is not an option for him. He says he has acquired surgical skills with the help of the German Emergency Doctors and he wants to put them to good use.

"Why should I run away with all that experience when I could use it for my own community," he said.