German cabinet ministers have endorsed a draft bill to introduce a nationwide minimum wage. The government hopes the new rules will come into force in 2015. 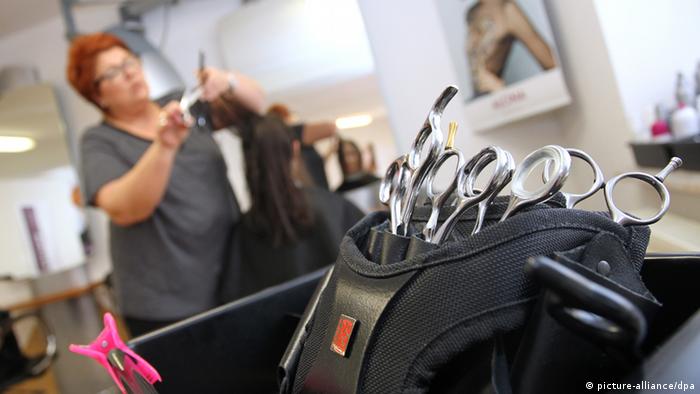 The draft bill adopted by Germany's cabinet Wednesday would introduce a minimum wage of 8.50 euros ($11.72) per hour across all industries.

The national minimum wage was to be phased in from January 2015 and be fully in place from 2017, taking into account currently valid collective wage bargaining agreements in some sectors that would be honored by the gradual introduction scheme.

The draft legislation had been hammered out under the leadership of Social Democrat Labor Minister Andrea Nahles. An agreement about the need for a minimum wage was a pivotal prerequisite in establishing Germany's grand coalition between Chancellor Angela Merkel's Christian Democrats (CDU) and the Social Democrats (SPD) following nationwide elections last September.

Although the measure will be in place across the nation, negotiatiors of the deal have agreed on a few exceptions. The 8.50 euros per hour in question will not apply to minors, apprentices and interns.

Another exception will be long-term unemployed people who will not profit from the move in the first six months after finding a new job.

Lawmakers in the Bundestag, Germany's lower house of parliament, are due to have a first reading of the bill in June, with the draft bill to be voted through in July, before the parliament's summer recess.

Several business organizations have already voiced stark criticism of the minimum wage deal, saying the measures would result in many jobs losses.