Nearly half of German businesses have been attacked at least once by hackers or cyber spies, a new survey has revealed. The thieves are out to steal innovations and know-how, causing billions of euros in damages. 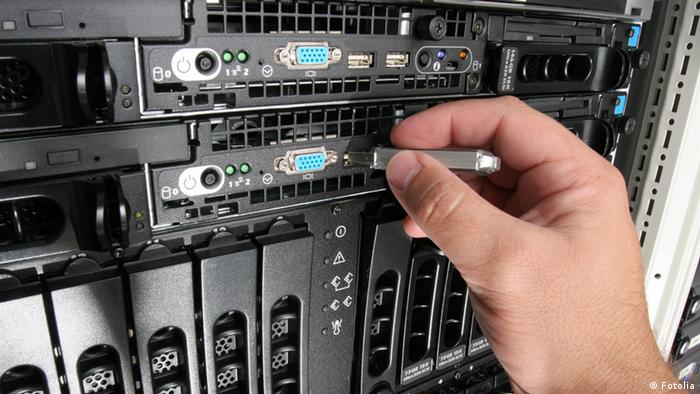 Every second company in Germany has faced attacks - whether successful or not - with more than three-quarters of those surveyed registering financial losses as a result.

Corporate Trust said the survey reflected answers from 6,767 companies, some 40 percent of which estimated the damage from espionage had cost them anywhere from 10,000 euros to 100,000 euros.

"These sectors of German industry are renowned worldwide for high quality and permanent innovation, and need to be especially protected," said Christian Schaaf, the head of Corporate Trust's research team.

Other big industries targeted by spying included the pharmaceutical and chemical sectors, as well as biotechnology firms, the survey showed.

Most attacks were carried out by hackers who set their sights on cyber security loopholes in companies' IT systems. But other, more conventional methods were also used.

Some spies had eavesdropped on telephone conversations or intercepted e-mails to siphon off sensitive information, while others negotiated private contracts with employees.

According to the survey, about 38 percent of the attacks originated from Asian countries, but suggestions that China was leading the charge in industrial espionage were not substantiated.

Thirty-two percent of the attacks came from hackers in former Soviet countries, while 31 percent came from Eastern Europe.

But the report also revealed that North American hackers were increasingly making a name for themselves and about 21 percent of attacks had originated there.

"More and more firms have come to realize that domestic attacks and those carried out by states deemed friendly to Germany have accelerated," Schaaf said, noting that 29 percent of attacks against German companies came from within Germany.

A strong earthquake in the Aegean Sea has rattled Greece and areas of western Turkey, killing more than a dozen people. The magnitude 7.0 quake reportedly caused several buildings to collapse in Turkey's Izmir.